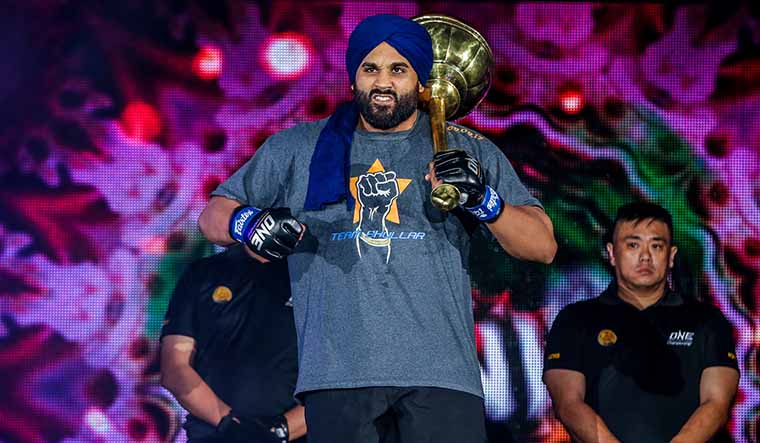 In the main event on ONE: DANGAL in Singapore, Bhullar put an end to Vera’s championship-winning run since 2016, with a second-round win.

Bhullar started off cautiously in the first round, looking to string together combinations to set up a takedown. He stifled Vera with feints and strikes, freezing the Filipino-American on his feet and making him hesitant to engage.

In the second round, Bhullar capitalised on his feints by catching Vera with an overhand right that sent him reeling toward the Circle Wall. A few more right hands compounded the damage, and a debilitating body shot had Vera gasping for air. Once Bhullar was able to close the distance and latch on to the defending world champion with a body lock, it signalled the beginning of the end. Bhullar brought Vera to the mat and pounded him out for the technical knockout victory.

The fight was initially scheduled in March last year but was postponed twice owing to the COVID-19 pandemic.

A former wrestler, Bhullar won the 2010 Commonwealth Games gold medal in New Delhi, and two years later, at the Olympics in London, became the first Indian-origin freestyle wrestler to represent Canada at the Olympics.