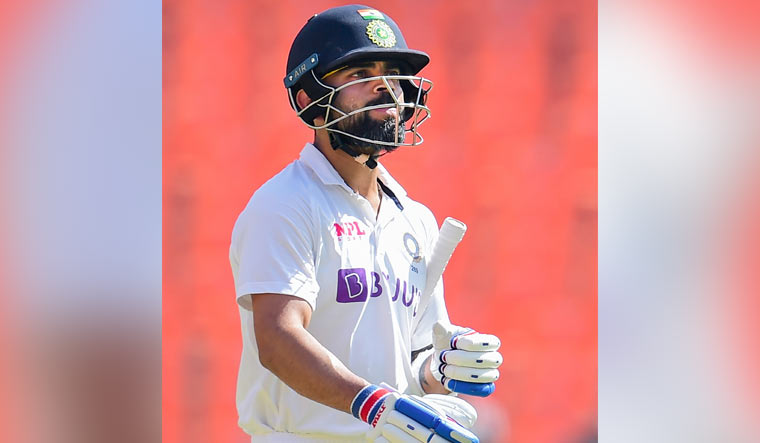 India captain Virat Kohli has not had a great outing with the bat in the ongoing Test series against England, in which he managed to score a half-century just twice and two ducks in the same series. His woes with the bat continued in the fourth Test in Ahmedabad when he was dismissed for a duck by Ben Stokes on Friday.

Kohli was yet to score any runs as he came in after Cheteshwar Pujara and in the eighth ball he faced, the skipper nicked the ball which went straight into the hands of wicket-keeper Ben Foakes.

This was Kohli’s eight duck as India Test captain. With this, he equaled former India cricketer Mahendra Singh Dhoni’s record of most dismissals for zero by an Indian Test captain.

Kohli’s highest score in this series was in the second innings of the first match in Chennai where he scored 72 off 104 balls. He was dismissed by Stokes then as well.

This was his second duck in the same series as he was also dismissed for 0 in the second Test in Chennai by Moeen Ali.

It is also his 12th duck of his Test career.

India reached 80/4 at lunch on Day 2 of the fourth and final Test match. England were bundled out for 205 on Day 1 of the match at the Narendra Modi Stadium in Motera, Ahmedabad.

The hosts, who are leading the four-match series 2-1, will look to retain the scoreline or win the last match in order to qualify for the World Test Championship final against New Zealand later this year.