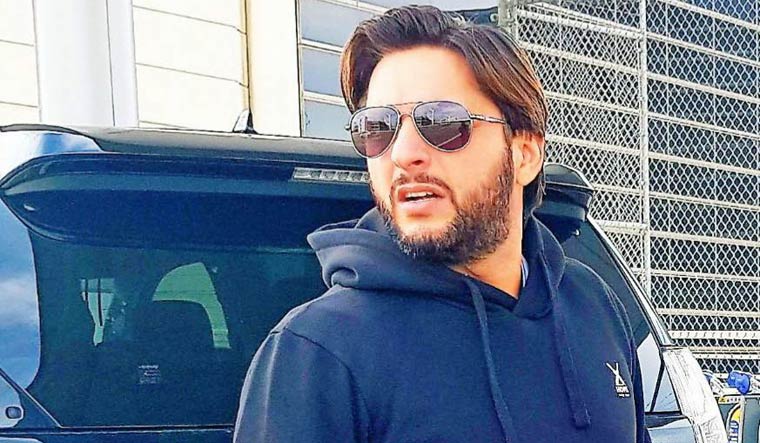 Former Pakistan captain Shahid Afridi on Wednesday questioned the new International Cricket Council (ICC) rule directing on-field umpires to not hold the bowler’s cap or other accessories such as sweater or sunglasses while they bowl as part of the restrictions imposed due to the COVID-19 pandemic.

Afridi, who is playing for Multan Sultans in the ongoing Pakistan Super League (PSL), tagged the official Twitter account of the ICC and asked why there is a need for such a rule when everyone is in the same bio-secure bubble. He also pointed out that players and umpires shake hands at the end of the game.

“Dear @ICC wondering why the umpires are not allowed to hold bowlers cap even though they are  in the same bubble as the players/management and even shake hands at the end of the game?” Afridi tweeted.

Dear @ICC wondering why the umpires are not allowed to hold bowlers cap even though they are in the same bubble as the players/management and even shake hands at the end of the game? 🤷‍♂️

The incident happened when Multan Sultans were playing against the Peshawar Zalmi on Tuesday, and the umpires refused to take Afridi’s cap when he came to bowl.

As per reports, other players have also expressed their surprise over the new rule. It is usual for bowlers to hand over their cap, sweater or sunglasses to the on-field umpire while bowling. However, with cricket resuming after the disruption caused by the COVID-19 pandemic, the ICC have enforced new rules, including confinement of players and management in a bio-secure bubble, to prevent the spread of the coronavirus.

“Players and umpires should maintain social distancing on the cricket field and that includes no handing over of player items (cap, towels, sunglasses, jumpers) to the umpire or teammates,” reads the new guidelines by the ICC.