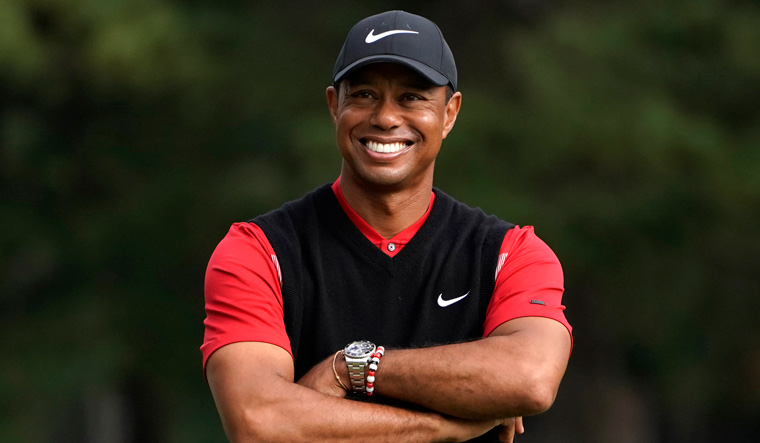 India's top golfers Jeev Milkha Singh and Anirban Lahiri on Wednesday joined a stunned world in praying for the legendary Tiger Woods after his car met with an accident that landed him in the hospital with multiple injuries requiring a major surgery.

Woods was in the driver's seat of a mangled SUV after it crashed on a steep roadway in the Los Angeles suburbs, with his legs seriously injured.

From former US presidents Donald Trump and Barack Obama to famous boxer Mike Tyson, well-known personalities from all walks of life reacted with shock after the accident.

"Our thoughts and prayers are with @TigerWoods. We have seen you do impossible things in impossible situations in the past. Make this a routine recovery," Jeev wrote on his Twitter handle.

One of the country's best golfers in recent years, Lahiri hoped Woods would overcome this hurdle like he has done a few times in the past.

"Hard to imagine the challenges you have endured and overcome time and again. Wishing you a speedy recovery. Thoughts and prayers with the family. Golf is praying Folded hands for you," Lahiri tweeted.

The 45-year-old Woods was hospitalised after being extracted by firefighters and paramedics at the accident site. The car suffered major damages.

"@TigerWoods in a bit of rough there. But no one knows better how to come out of it, too. He has the mental strength and the will. Go Tiger! We are all with you in mind and spirit," Shubhankar wrote on his twitter handle.

Woods, widely regarded as one of the greatest golfers of all time and one of the most famous athletes globally, has won an unprecedented 15 Majors, three behind Jack Nicklaus' 18.

According to reports quoting a press release from his team, Woods underwent "a long surgical procedure on his lower right leg and ankle" at the Harbor-UCLA Medical Center and is "awake, responsive and recovering in his hospital room."