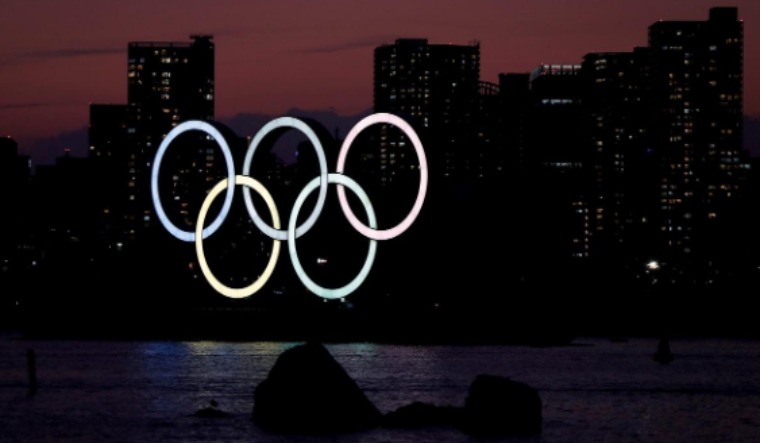 Tokyo Olympics organisers have unveiled a rulebook to underline the strict rules in place for athletes at the Games amid the coronavirus pandemic, warning participants that violation of these rules could get them kicked out of the event.

The 33-page rulebook states that athletes must refrain from socialising, shaking hands and even hugging. Their time in Japan will be “minimised to reduce the risk of infection,” and those staying at the Olympic Village will be expected to “avoid unnecessary forms of physical contact” and to “limit your contact with other people as much as possible”.

However, contradicting this rule is the organisers decision to distribute condoms at the athletes’ village. Reports have said that the Tokyo Games organisers will give athletes 150,000 condoms.

“Are these supposed to be worn the normal way or pulled over the head for protection against coronavirus?” a comment on the Japan Today website read.

The Tokyo Olympics, which was postponed by a year due to COVID-19, is set to take place from July 23. The nationwide Olympic torch relay is due to begin on March 25.

Athletes will undergo COVID-19 tests at least once every four days during their time in Japan. Participants whose tests return positive will be barred from competing. There will be no quarantine for athletes, and they will still be allowed to attend training camps before the Games begin.

In addition, athletes are barred from visiting gyms, tourist areas, shops, restaurants or bars and can only go to official Games venues and “limited additional locations”.

Wearing masks is mandatory except for when athletes are “competing, training, eating, sleeping or outside in open space”.

Japan has spent at least USD 25 billion for the Olympics. The country is has reported an alarming rise in COVID-19 cases. Around 80 per cent of the Japanese public have opined that the Games should be cancelled or postponed, but organisers have ruled out the possibility.