CSK's Harbhajan and MI's Malinga were among the big names released 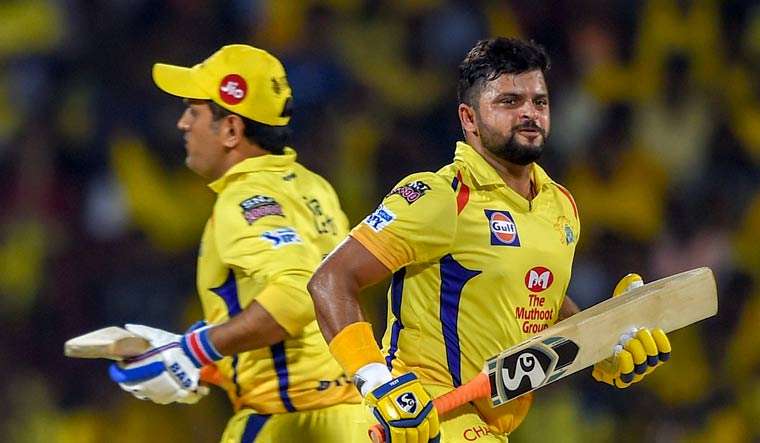 The deadline for the eight franchises to submit the lists of retained and released players for the next edition of the lucrative league ended on Wednesday.

The Australians, smarting from a Test series loss to an injury-plagued India, took a hit as the likes of the explosive Glenn Maxwell and opener Aaron Finch too were released by Kings XI Punjab and Royal Challengers Bangalore respectively.

CSK's Singh and Mumbai Indians' Lasith Malinga were among the other big names to be released by their respective sides ahead of next month's auction.

Singh was joined by the likes of Kedar Jadhav, Piyush Chawla and Murali Vijay who were also let go by the franchise.

Malinga had been a prominent part of MI's title-winning campaigns in the past though he was not there last time due to personal reasons.

The seasoned Raina was retained by the Dhoni-led CSK notwithstanding his sudden departure from the last IPL in the UAE.

It is believed the three-time winners decided to continue with Raina in order to bolster the batting order that struggled during a forgettable last season, which culminated in a seventh-place finish and a league-stage elimination for the first time since the tournament's inception in 2008.

The left-handed Raina has been an integral part of the Super Kings from the beginning, emerging as their highest scorer while guiding them to two IPL titles.

Marcus Stoinis made useful contributions in the 2020 edition and helped the Capitals reach their first-ever IPL final.

With Rs 15 lakh left, the Super Kings had the smallest purse after the last auction and this would significantly improve for next month's auction. Kings XI Punjab had the largest at Rs 16.5 crore before Wednesday.