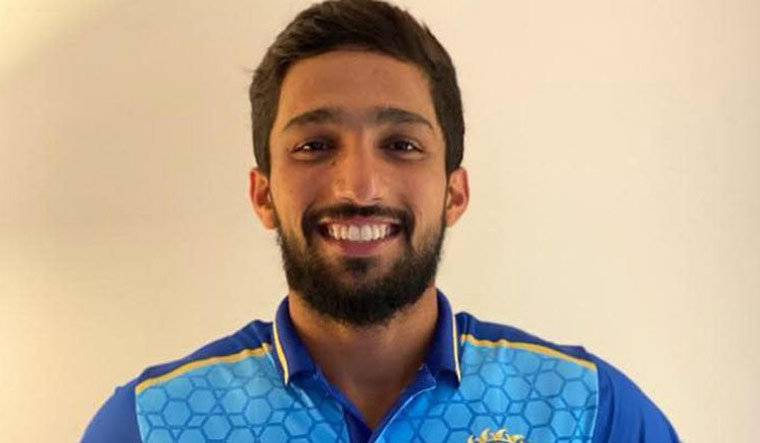 Cricket fans are not unfamiliar with former Indian cricketer Mohammad Azharuddin. But the ex-India captain’s glory days are long gone and there is much potential and talent in Kerala’s new star batsman Mohammed Azharuddeen.

The 26-year-old hit an impressive knock of 137 off 54 balls, bringing up his century in just 37 deliveries during the Syed Mushtaq Ali trophy group match against Mumbai on Wednesday in Wankhede Stadium.

Azharuddeen, who has represented Kerala in the Ranji Trophy before, became an overnight sensation after smashing the second-fastest century in the domestic T20 tournament. His explosive innings, which included 11 sixes and nine fours, powered Kerala to a brilliant eight-wicket win over Mumbai, achieving the target of 197 in just 15.5 overs.

The Malayali dominated the 129-run opening stand along with Robin Uthappa before adding 61 for the second-wicket with captain Sanju Samson. And befittingly, he sealed his team’s win with a six.

Azharuddeen’s ton is the first century by a Kerala player in the tournament. The Kerala Cricket Association also announced a cash prize of Rs 1.37 lakh for his outstanding knock.

Hailing from Thalangara in Kerala’s Kasargod district, Azharuddeen is the youngest of eight brothers. He was named by his eldest brother after the former Indian captain Mohammad Azharuddin. However, the young Kerala batsman’s cricket journey began long after the ex-India player hung up his boots.

He became captain in the Under-15 team as well, and before long the Kerala Cricket Association took notice of the young player and picked him to be part of the KCA Academy in Kottayam.

Azharuddeen moved to Kochi to finish his Higher Secondary schooling and Degree at Thevara SH School and College, but his passion for cricket remained unwavered. He continued his training with the KCA’a Kochi Academy.

Azharuddeen had earlier revealed that it was here that his coach Bijumon helped him elevate his game, and molded his professional career. He then went on to join the Under-19 Kerala team and marked his debut with Kerala against Tamil Nadu with a six in the very first ball. Two years later, he was selected for the Under-23 team and then for the senior team.

Azharuddeen found a place in Kerala’s playing XI in the Ranji trophy in the 2015-16 season, marking his debut against Goa, and has been with the team ever since.

His latest exploits in the Syed Mushtaq Ali tournament are sure to turn a few heads in Indian cricket. If young Mohammed Azharuddeen continues his prowess with the bat, he could see himself playing in the Indian Premier League soon as the IPL 2021 auction is scheduled for February.