'Many positive takeaways for Kerala Blasters from the loss' 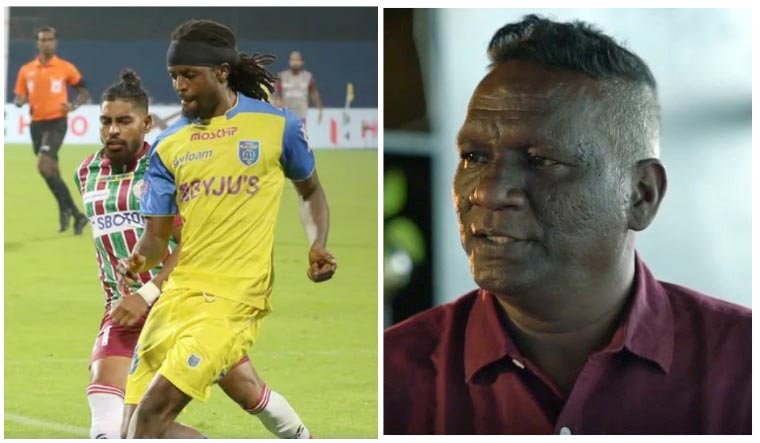 Costa Nhamoinesu (left, in yellow) has impressed I.M. Vijayan (right) with his performance against the ATK Mohun Bagan

The newly merged side ATK Mohun Bagan beat Kerala Blasters by a solitary goal. That is how the result of the inaugural match of the Indian Super League's (ISL) seventh edition would get recorded in the books.

However, there are many positive takeaways for the team in yellow despite being at the receiving end. They deserve praise for playing as a cohesive unit, despite a curtailed pre-season, against a strong side that was formed through the merger of ISL and I-League champions. I am impressed with the way Blasters played. They had started their campaign with a win in some of the previous editions, but this is the first time I have seen them playing free flowing and expansive football in their opening match.

I had noticed a newfound energy and confidence in Blasters' ranks before they headed into the season. It was their defenders who epitomised that zeal and self-belief in the season opener. It was heartening to see the centre-back pairing of Costa Nhamoinesu and Bakary Kone fighting valiantly and blunting the

avalanche of attacks. Both were diligently professional and complemented each other to protect the wall. In fact, all of the foreign recruits played with grit and maintained a positive attitude. The young brigade also rose to the occasion.

But I am not very impressed with Sahal Abdul Samad's performance. He did not live up to his high potential. He let go of the opportunity to be Blasters' hero of the night by squandering two chances to score. He will have to make most of such chances if he has to emerge as an impact player.

Roy Krishna's goal is a good example of capitalising on chances. He scored a goal out of nothing by pouncing on a loose ball despite being surrounded by yellow shirts. In the end, that strike separated the two teams and helped his team pocket three points.

Like everybody else, I was also waiting to see Sandesh Jhingan in the ATK Mohun Bagan jersey. He was playing after a major surgery and a long lay-off. Yet, he showed his class and put up a solid show at the back.

Despite the result, Blasters can go into their next match with confidence. Converting chances is an area where they need to work on. I think losing the first match was a good omen. In the history of ISL, Blasters lost the opening match in only two editions, but on both occasions they managed to reach the final!

(Vijayan is a former captain of the Indian football team. The article originally appeared in Malayalam in Malayala Manorama)