Will Pucovski: Why Virat Kohli & Co should be wary of him 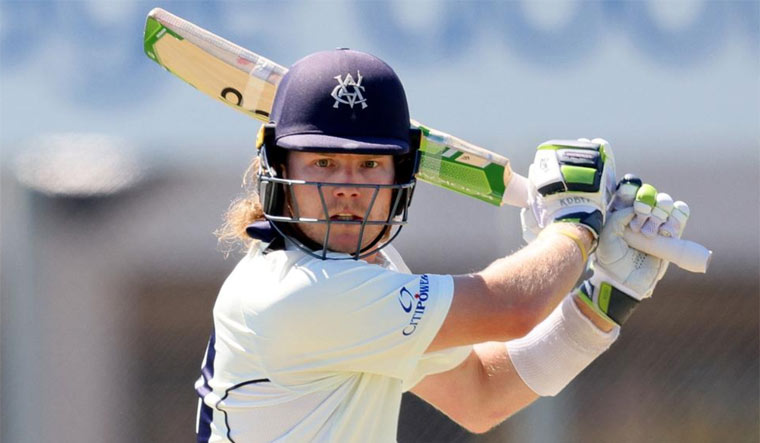 India-Australia series, be it in white-ball format or the red-one, has always been highly-anticipated because of the quality of cricket on display and the level of competitiveness that one is almost always ensured of. It has often been baptism by fire for several youngsters – some live to tell the tale, while others fall by the wayside.

With Team India set to start its Australian tour, comprising three ODIs, three T201s and four Tests, on November 27, it's that time of the year once again. India had already announced the squads for tour, while Cricket Australia did it today. A certain 22-year-old who goes by the name Will Pucovski has been included in the Test side. For those following Australian cricket, it should come as no surprise. This lad from Victoria is already being hailed as the next big thing in Australian cricket, and is being compared to none other than the legend, Ricky Ponting, himself.

And for good reason, too. Pucovski already has three double hundreds in just 21 first-class matches, which includes consecutive doubles for Victoria against Western Australia at the Sheffield Shield – the Australian domestic first-class championship. He became the eighth cricketer to score consecutive double-centuries in the Sheffield Shield, since Tasmanian batsman Dene Hills in the 1997-98.

Pucovski, reportedly, broke the record for fewest Sheffield Shield innings needed to make four scores of 180 or above. He did it in 27 innings. Compare this to the 35 that Sir Donald Bradman needed, and one would know we are talking about some serious talent here.

History of concussions and mental illness

However, for all the promise and talent that Pucovski has, he has had trysts with injuries, both on and off the cricket field, and mental health problems.

He started off on a bright note at the Under-19 level, scoring four centuries for Victoria. He made his List A debut against Pakistan in 2017 and also made his Sheffield Shield debut the same year. However, later that year, he was forced to take a three-month break after he was hit on the head by a bouncer. He was hit at least twice again the same year.

In the 2018-19 season, he started off with a brilliant double century against Western Australia, but soon took a six-week break due to mental health issues. He suffered a concussion yet again that year. In 2019, he was selected to the Test squad for the two-match series against Sri Lanka, but in-form New South Wales batsman Kurtis Patterson was preferred over him finally. Pucovksi then took an indefinite break from the game yet again. He was overlooked again for the Pakistan series later that year due to mental health issues.

Earlier this year, he suffered a freak mishap on the field, suffering yet another concussion. This when he was tipped to captain Cricket Australia XI.

However, in his own words, Pucovski is now in 'good space'. The talented right-hander, who averages over 50 in first-class cricket, says he feels he is ready for international Test cricket now.

What former Aussie greats have to say

Pucovski has impressed on and all with his range of shots – he is strong off his pads as is equally good with cuts and pulls – and temperament. Speaking on SEN Breakfast, former Victoria and Australia batsman Brad Hodge called Pucovski a “once in a generation” talent. “You know what it’s like when you come across a sportsman that’s just got every tool you need to be a superstar, and Will’s it,” Hodge had said. “I have seen Will play a number of times and he is one of the most skillful, talented cricketers I have ever seen.”

Former Australian captains Kim Hughes, Ian Chappell and Michael Clarke had called for Pucovski to be included in the Australian side for the series against India.

With opener Joe Burns having a torrid time with the bat (just 57 runs in five innings so far), Pucovski, who usually bats at number three but has opened the batting this season, scoring 457 runs already in the competition, might well walk out with David Warner in Adelaide on December 17.