Becker was declared bankrupt in 2017 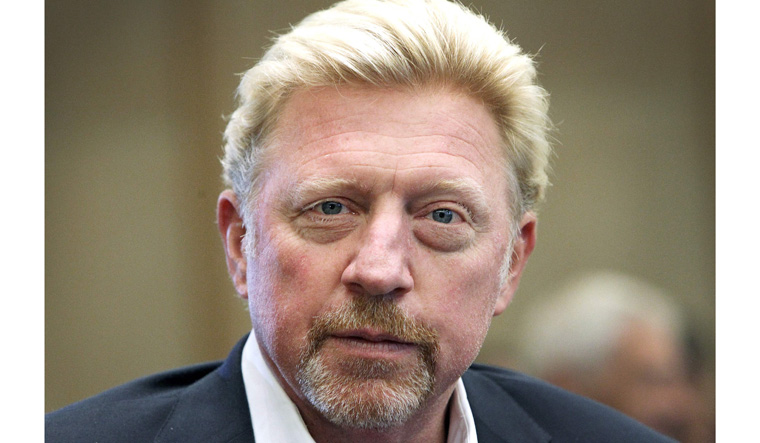 Tennis great Boris Becker appeared in a London court on Thursday, accused of failing to surrender two of his Wimbledon trophies to be sold to settle his debts.

The 52-year-old Becker, who was declared bankrupt in 2017, has also failed to turn over his two Australian Open trophies, according to a new 28-count indictment that claims he hasn't complied with orders to disclose information.

The German pleaded not guilty to all counts during his appearance at Southwark Crown Court. Becker has allegedly concealed property holdings and more than 1 million pounds (USD 1.3 million) held in bank accounts.

The indictment lists Becker's Wimbledon trophies from 1985, when at age 17 he became the youngest men's singles champion at the All England Club, and 1989. Becker also won the tournament in 1986. He won the Australian Open in 1991 and 1996.

Becker, who lives in London, was told that his trial would begin in September 2021. He faces several years in jail if convicted. He remains free on bail.

"He is determined to face and contest these charges and restore his reputation in relation to the allegations made against him," said Jonathan Caplan, Becker's attorney.