Pereyra is the Blasters’ second overseas player for the season 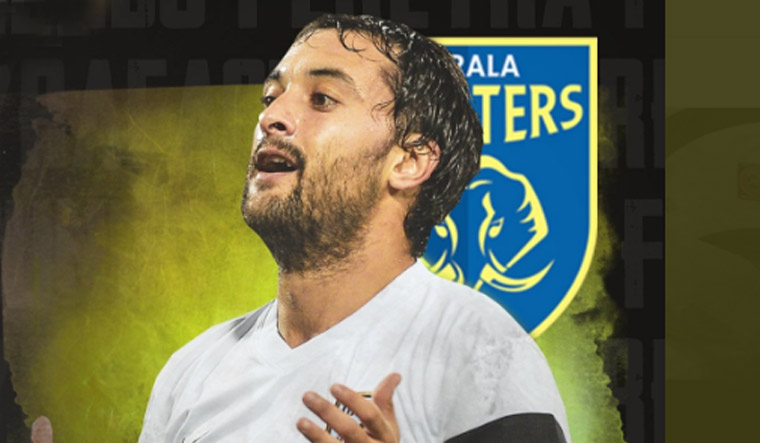 Kerala Blasters have added a promising forward to their lineup as they gear up for the 2020 edition of the IPL. Facundo Pereyra has been signed from Apollon Limassol in Cyprus. The 32-year-old will be the team’s second foreign player for the season. After the exit of Bartholomew Ogbeche, the Blasters are looking to shore up their attack and Pereyra’s signing may provide the needed boost to new coach Kibu Vicuna’s team.

Another 24 hours before we pick up our newest signing! Are you excited or are you excited! 🔥🔥#YennumYellow pic.twitter.com/c9RvFM0mZA

After starting his career for Argentine club Estudiantes in 2006, Pereyra has also played for Chilean club Palestino, PAOK Thessaloniki, FK Qabala, Apollon Limassol and Nicaxa. His most productive appearances came in the 2014-15 season for Greek side PAOK and then for Limassol in the 2018-19 season. Pereyra plays as an attacking midfielder as well as a winger and a second striker. With 167 caps and 55 goals under his belt, the Argentine brings plenty of experience to the team and Vicuna will look to draw on that experience to boost the team’s attacking firepower.

Kerala Blasters had signed Colombian defender Oswaldo Henriquez earlier but he decided not to join the club due to fears over the COVID-19 situation. With Ogbeche and Tiri parting ways with the club, Pereyra is a much-needed signing for the club. Sergio Cidoncha is the other overseas player in the season.