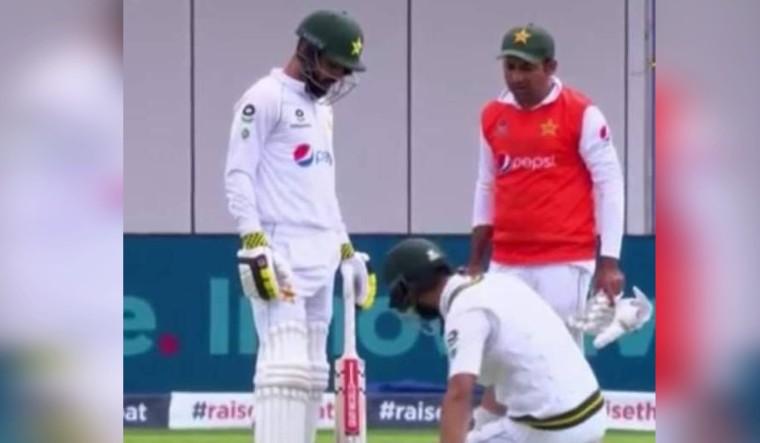 Former Pakistan cricketer Shoaib Akhtar criticised the national team management for disrespecting Sarfaraz Ahmed after the ex-captain was seen carrying drinks and shoes on day 2 of the first Test against England in Manchester.

Akhtar said this treatment can’t be given to someone who has “led Pakistan for four years and has won the Champions Trophy”.

“I didn’t like what I saw, honestly. If you want to make an example out of a boy from Karachi, then it is wrong. This setting example of a former Pakistan captain who led your team and won the champions trophy and many others, you can’t do this. He captained the team for four years. You made a captain, who led you for four years, carry shoes,” Akhtar said on Boss News.

When asked if he did it on his own, Akhtar said, “Even if he had done it on his own, he should have been stopped. The Pakistan team can’t do that to a captain. Wasim Akram never brought shoes for me. Why would he, I brought it for him,” he added.

Akhtar further said that if he agreed to do it, he was weak and this must have shown when he was leading the team before he was sacked.

“This shows that Sarfaraz is a weak man. He must have led Pakistan in the same manner like he carried shoes. Perhaps that’s the reason Mickey Arthur dominated him. I am not saying carrying shoes is a problem, but a former captain can’t do that,” Akhtar added.

Sarfaraz was sacked as captain in October last year. He was appointed the captain of the national side after the 2016 T20 World. He led Pakistan to the Champions Trophy title in 2017 after defeating India in the final by 180 runs.

However, the Sarfaraz-led Pakistan team stumbled in last year’s ICC ODI World Cup and missed reaching the semifinals narrowly, and he was soon removed as captain in all three formats. Following his sacking, Azhar Ali was appointed Test captain and Babar Azam was named ODI and T20I skipper.

Pakistan coach and national selector Misbah-ul-Haq, however, dismissed Akhtar’s comments, and said that Sarfaraz carrying shoes is not a sign of disrespect but shows he is a great team player.