Nick Kyrgios had withdrawn from the US Open earlier this week 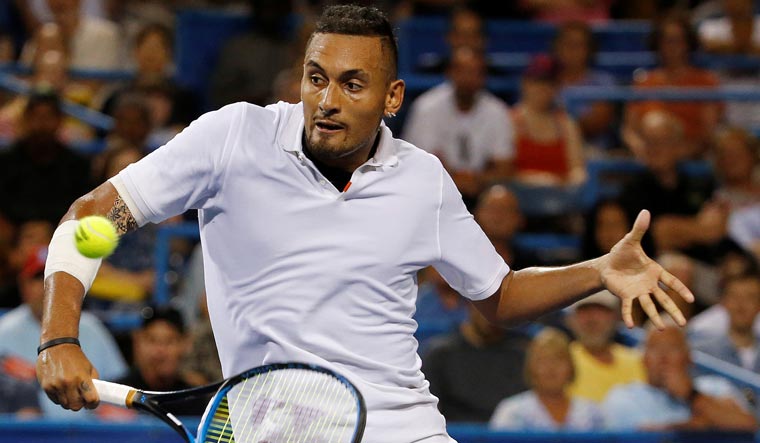 Australia tennis player Nick Kyrgios on Thursday said that the chances of him playing this year’s rescheduled French Open is “almost slim to none” due to concerns over Covid-19.

“It’s a very slim chance I’ll play in Europe. Almost slim to none, to be honest,” Kyrgios said on Channel Nine.

The 25-year-old said that he has been training and trying to stay fit, adding that when is asked to play again, he wants to be ready.

“I’m going to use this (time) to stay home, train, be with my family, be with my friends and I’m just going to act responsibly, and wait till I think there’s better circumstances to play.”

The French Open, which was originally scheduled to be staged in May, was postponed to September due to the coronavirus outbreak. The tournament will be held during September 27-October 11.

Last year, he said the French Open “sucks” before pulling out of the tournament due to sickness.

Kyrgios announced earlier this week that he will not be participating in the US Open, beginning from August 31. He said that it wasn’t a hard decision to withdraw from the grand slam tournament at Flushing Meadows.

“With everything going on over in the States at the moment, obviously with COVID, but I mean even with the (Black Lives Matter) movement, and you know the whole protest and all that type of stuff going on over there, I don’t think at the moment it is the correct time to go ahead with sport in my opinion,” Kyrgios said.

Apart from Kyrgios, several high-profile players, including world number one Ashleigh Barty of Australia and Spain’s Rafael Nadal, have pulled out of the US Open.

Kyrgios also added that with the rising number of Covid-19 cases in Melbourne (a second lockdown is being imposed on the city), he wasn’t sure the Australian Open will go on ahead as planned.