People boycotted Chinese goods, but IPL gets to retain its sponsors, they pointed out 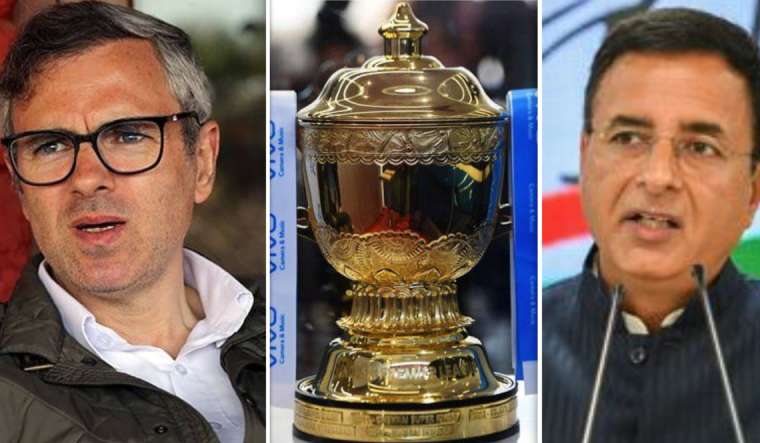 Abdullah and Surjewala pointed out the double standards regarding boycotting Chinese goods in India while the IPL gets to reap benefits from investments from its neighbouring country.

People across the country have been boycotting Chinese products since 20 Indian soldiers were martyred in the clash between troops of the neighbouring countries at Galwan Valley in June.

Abdullah said while people were boycotting Chinese products since the clash between troops of the two countries in Ladakh, the IPL was able to retain all its sponsors, including those from China.

“BCCI/IPL governing council has decided to retain all sponsors including the big Chinese ones. I feel bad for those idiots who threw their Chinese made TVs off their balconies only to see this happen,” he tweeted.

“Chinese cellphone makers will continue as title sponsors of the IPL while people are told to boycott Chinese products. It's no wonder China is thumbing it’s nose at us when we are so confused about how to handle Chinese money/investment/sponsorship/advertising,” Abdullah said in another tweet.

The 13 edition of the Indian Premier League will be played from September 19 to November 10 at three venues in the UAE—Dubai, Sharjah and Abu Dhabi—subject to government approval.

Surjewala, in the meantime, took a jibe at the Central government’s ‘Aatma Nirbhar’ campaign, and tweeted that the IPL’s decision to retain Chinese sponsors exposed the double standards when it came to making profits.

Chinese mobile company VIVO is the title sponsor of the IPL and has a five-year deal with the BCCI ending in 2022. Following the clashes between Indian and Chinese troops in eastern Ladakh in early June, the BCCI had agreed to review the deals with companies in the neighbouring country.