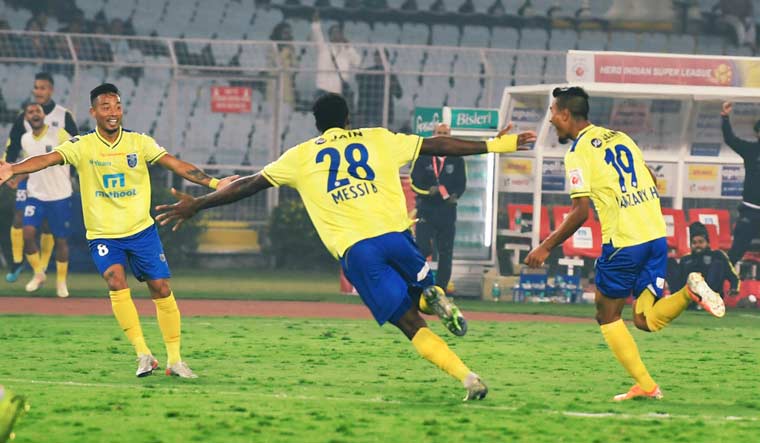 Kerala Blasters confirmed on Wednesday that Kochi will remain its home ground, shooting down rumours that the Indian Super League club will shift its base entirely to Kozhikode.

“Kerala Blasters FC can confirm that Kochi will remain its home ground and the club will not be shifting its home base entirely to Kozhikode, as reported by the media,” the club said in a statement.

It was widely reported that the Kerala-based ISL club was planning on shifting its base after requesting the Kozhikode District Football Association to play few games at the Corporation Stadium. This had raised concern among KBFC fans, who did not take kindly to the reports, about the fate of Kochi’s Jawaharlal Nehru Stadium which has been the club’s home ground.

“Kerala Blasters FC aims to stay closely connected with its fans, from all regions, by creating an opportunity to watch and enjoy KBFC matches. Hence, the club will continue to identify stadiums with the required amenities, across the state and will focus all its efforts to transform them into international standards,” the statement read.

“Further, KBFC strives to develop and promote young football aspirants from across Kerala to become ‘professional footballers’ who are capable of representing the state and the country in international leagues, thereby enhancing the legacy of football in Kerala.”

It further said that the club will look at different venues to reach out to fans from all over the state.

“Let it be known to all that Kerala Blasters FC is not a club of just one region. It is a club of Kerala in its entirety,” read the statement from KBFC.

Meanwhile, Kerala Cricket Association had sought permission to use the Jawaharlal Nehru Stadium for cricket matches in the future. The venue, also known as Kaloor Stadium, has not hosted an international cricket match since 2014 when the ISL started.