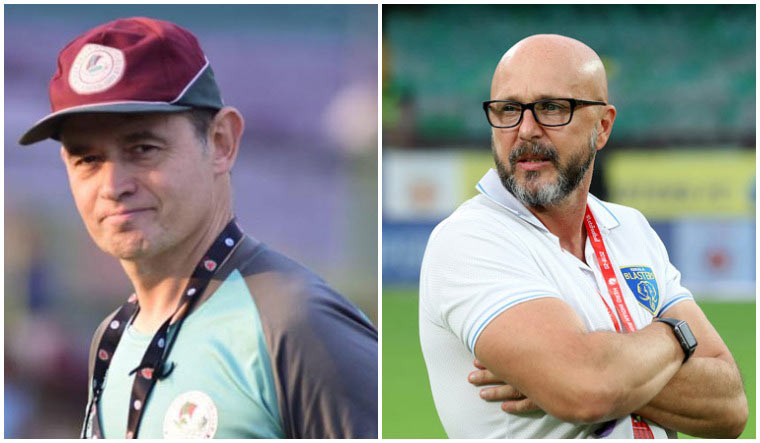 It's official. Kerala Blasters will have a new head coach next season—the ninth one since the Indian Super League started in 2014. I-League-winning coach Kibu Vicuna will replace Dutchman Eelco Schattorie as the head coach.

Vicuna had led Mohun Bagan to the title in the 2019-20 season, with four games to spare. Reports say that he will be bringing his own staff, including Polish assistant coach Tomasz Tchorz and a Lithuanian physical trainer.

We are happy to announce that Kibu Vicuña will take over as Head Coach for the upcoming season! 😃#YennumYellow #SwagathamKibu pic.twitter.com/cq8NNcaoGy

Blasters had recently appointed Karolis Skynkis as sporting director. The Lithuanian, it is learnt, convinced the Spaniard to take up the job. After the merger of Mohun Bagan and ATK, Vicuna was left without a club. The 48-year-old has been the assistant coach at several Polish clubs and had impressed everybody with his style of play with Bagan.

Schattorie came to India to take over as Prayag United's coach in 2012. He went on to win the IFA Shield and guided the team to a fourth-placed finish in the I-League. After serving as the head coach for Kolkata giants East Bengal for the 2015 season, he joined Avram Grant's NorthEast United during the 2016 ISL season, before taking over as head coach for the 2018-19 campaign. He guided them to the semifinal for the first time since the club's inception, before being knocked out by eventual champions Bengaluru FC.

Schattorie then replaced Nelo Vingada as the Kerala Blasters head coach heading into ISL 2019-20. The Dutchman, however, could not replicate the same success. Kerala Blasters finished seventh in the ISL table. Their campaign was severely affected by multiple injuries and some insipid performances, especially from the back line, including the goalkeepers.

Schattorie had asserted several times that he needs a few years to build a strong team and his plans were severely affected by the spate of injuries. Fans, too, had been quite vocal in giving the Dutchman another chance, but, it seems, the club was determined to move on.