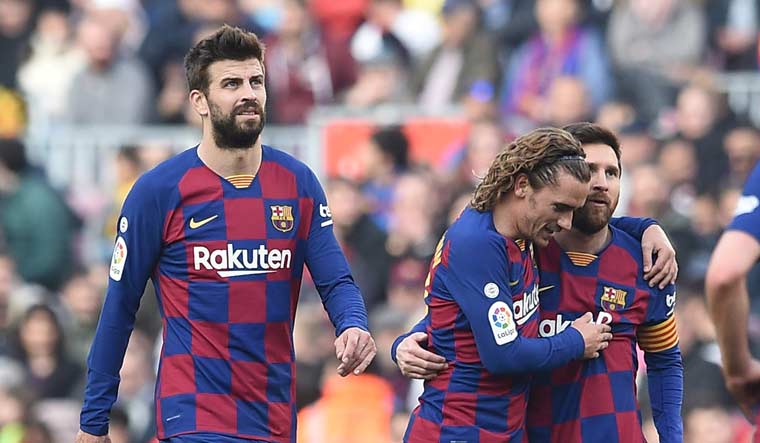 Barcelona’s star footballer Lionel Messi confirmed on Monday that the team will take a temporary pay cut and make contributions amid the coronavirus pandemic to make sure that all employees of the club are compensated in full.

The Argentinian released a statement, which he also posted on Instagram, saying that players will take a 70 per cent pay cut during the “state of alarm”.

“…we will also make contributions so the club’s employees can be paid 100 per cent of their salaries for as long as this situation lasts,” Messi wrote. His teammates Luis Suarez, Gerard Pique, Antoine Griezmann and Jordi Alba among others have shared the statement on their respective Instagram accounts.

Messi also criticised the Barcelona board and club president Josep Maria Bartomeu for their handling of the situation, saying that there are people within the club trying to add pressure on the players to do something that “we always knew we would so”. The Barcelona forward had recently accused Bartomeu of undermining the players and hiring a PR firm to attack players on social media.

The club has also released a statement which said that members of all professional sports teams have agreed to reduce their salaries. Other Spanish clubs are expected to follow suit in applying temporary pay cuts.

“In the case of the football first team the reduction will be more than 70 per cent as agreed with the club. This additional contribution by the team, plus the contribution from the club itself, will guarantee 100 per cent of the salaries of all non-sporting staff, who will be subjected to temporary redundancy this week,” the club’s statement read.