Lockdown, postponement of Olympics challenging for me: Shooter Sanjeev Rajput 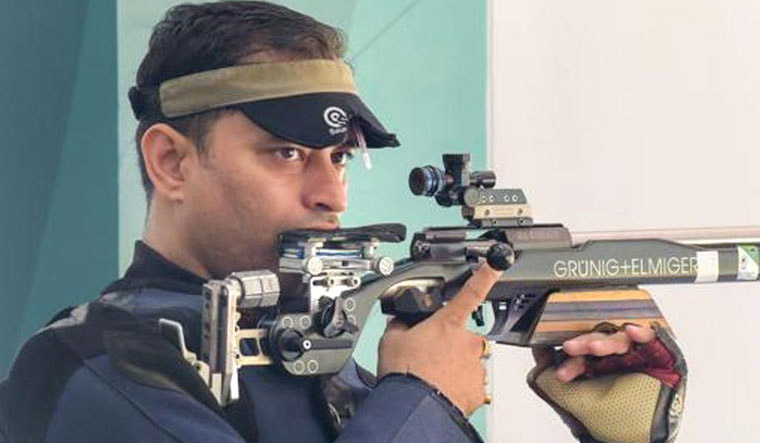 Sanjeev Rajput has a lot invested in the Tokyo Olympics – both emotionally and financially. The veteran rifle shooter, who won India's quota place in the 50m Rifle 3 position in September 2019 during the ISSF World Cup in Rio de Janerio, had made a strong comeback to the Indian shooting squad after being left out of the 2016 Rio Olympics. Jobless for almost five years now (he quit his Navy job before Rio Olympics, training on his own with his own savings), being part of the national team meant access to better training and coaching, and also more funds for equipment and ammunition. However, the COVID-19 pandemic and the lockdown in India have messed up his plans. Add to it the postponement of Tokyo Olympics by a year, and the double whammy is complete.

Homebound in Faridabad, Haryana, Rapjut is restricted to doing his indoor routines only - yoga and some exercises. He sneaks in an occasional walk outside his house when things are quiet in the day. "This change in plans is very challenging for me. Personally, I had thought I would take up a job post Olympics this year. Then, there is the matter of the pending case (he was accused of rape in 2016. He denied the allegation and the matter is currently sub-judice). All this has thrown my life into a tizzy somewhat. My house is near the shooting range in Tughlakabad but I cannot use it. I am trying to practise at home."

He is not in touch with foreign coach Oleg Mikhailov who has returned home to Ukraine, but he, along with other shooters, is waiting for new competition schedule before planning the training schedules. Meanwhile, Rajput is planning to upgrade his equipment, which he had decided to change post the Tokyo Olympics, which were to be held in July this year. "I will upgrade my equipment now. The jacket and trousers I use now and which I was going to use in Tokyo later this year, are good enough to last me only 5-6 months. Also, I have a back-up rifle which I will start using once the range opens. Using a fresh barrel means I need to get used to it in time for Olympics next year."

Rajput had already selected his ammunition for Tokyo but that too will now have to be replaced. “I had gone to Birmingham in February and chosen my ammunition for the Olympics. I doubt that can wait till next year," he said.

Rajput is trying to follow his normal routines in a training camp as much as possible while at home. Exercises and meditation early in the morning, and by 8.30 he is in his practice room. "Right now, all I am able to do is practice holding in one position for 1-2 hours. That is all one can do without a range right now," he said.

There is concern regarding the contract of coach Mikhailov, with whom he has developed a strong working relationship. His contract was till Tokyo Olympics. But NRAI believes extending it will not be an issue.

As for Olympics, while his place appears sealed, Rajput hopes NRAI's selection criteria does not alter now.