Is Sachin Tendulkar's moment worthy of a Laureus award? 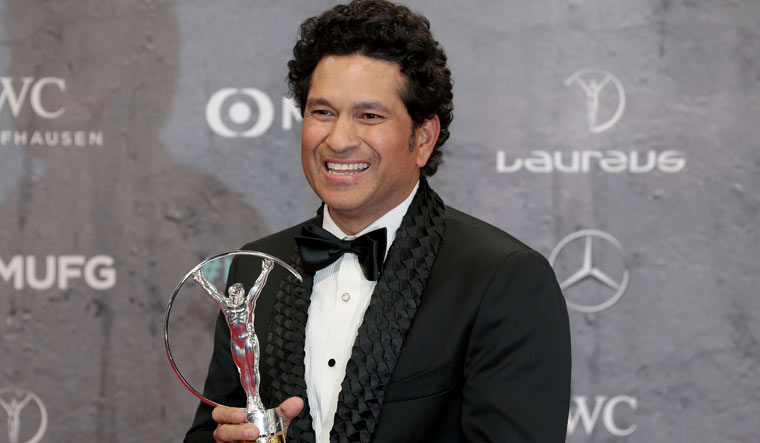 Master Blaster Sachin Tendulkar became the first Indian individual to win a Laureus World Sports Award. “With the incredible backing of Indian cricket fans, who united in support of their hero, the Laureus Sporting Moment Award (2000-2020) public fan vote was won by Sachin Tendulkar,” said the Laureus website. “Voted for by sports fans around the world, the award celebrated moments from the past two decades where sport has unified people in the most extraordinary way.”

Sachin's nomination was titled ‘Carried on the shoulders of a nation’. It was, of course, a reference to the iconic moment after the 2011 Cricket World Cup win when the Little Master was carried on the shoulders of his teammates. Sachin made a lap of honour in front of the euphoric crowd and shed tears of joy. It was indeed a beautiful moment and one that Sachin richly deserved after all he had done for Indian cricket. But, was it the greatest sporting moment of the last two decades? That is worth thinking about.

Perhaps, it would help to take a look at the previous winners of the Laureus Sporting Moment Award. In 2019, Chinese climber Xia Boyu won after he scaled Mount Everest on his fifth attempt. What is so special about that? Only that Xia was 69, and a double-amputee. He was the second double-amputee to scale Everest, and the first to reach the summit from the Nepal side. He had lost his feet in 1975 after giving his sleeping bag to a teammate during a high-altitude storm on Everest. Xia also survived cancer in 1996. 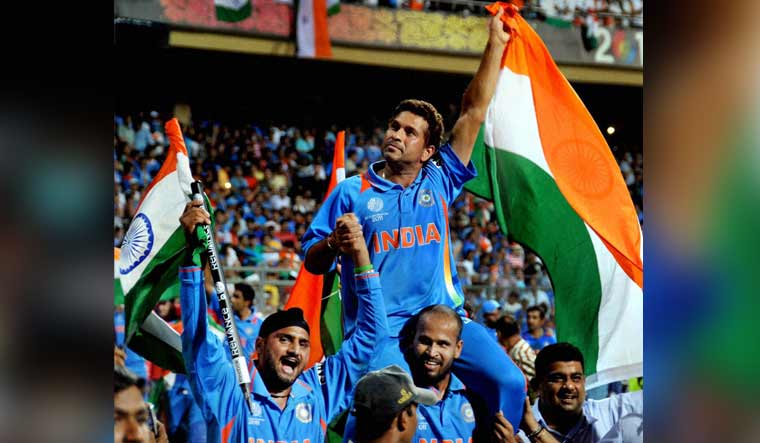 The 2018 award went to Brazilian football club Chapecoense. All but three of their players had died in a plane crash as the team was travelling to Colombia to play the Copa Sudamericana final. Their opponents Colombian club Atletico Nacional conceded the title to Chapecoense. Instead of the first leg of the final, there was a memorial attended by 50,000 people. Of the survivors, defender Neto “looks likely to be able to return to a relatively normal life” and goalkeeper Jakson Follmann took another job at the club after having part of his right leg amputated. Defender Alan Ruschel, who had surgery to repair a spinal cord injury, returned to action in a friendly against Barcelona on August 7, 2017.

Both these moments were nominated for the 2000-2020 award along with Sachin's moment. Another noteworthy nominee was South African swimmer Natalie du Toit. A child prodigy, du Toit, was forced to have her left leg amputated following an accident when she was still in her teens. But she bounced back and not only broke records in disability categories, but became the first amputee to compete in the finals of a major, able-bodied, international swimming competition.

Though Sachin is the first Indian to win a Laureus award, India has won thrice before. In 2019, Yuwa—an organisation which uses football to empower girls in rural Jharkhand to overcome violence and child marriage—won the Sport for Good Award. India has two more wins in the Sport for Good category—Magic Bus, which mentors and coaches underprivileged children in India, and a joint award with the Pakistan cricket team in 2004 for improving bilateral relations through cricket. Interestingly, the Indian cricket team has never even been nominated for the Laureaus Team of the Year Award. The last cricket team to be nominated was England in 2012. Australia was nominated in 2008, 2004 and 2001 and won in 2002. No cricketer has won the Laureus sportsman/sportswoman of the year award or lifetime achievement award either.