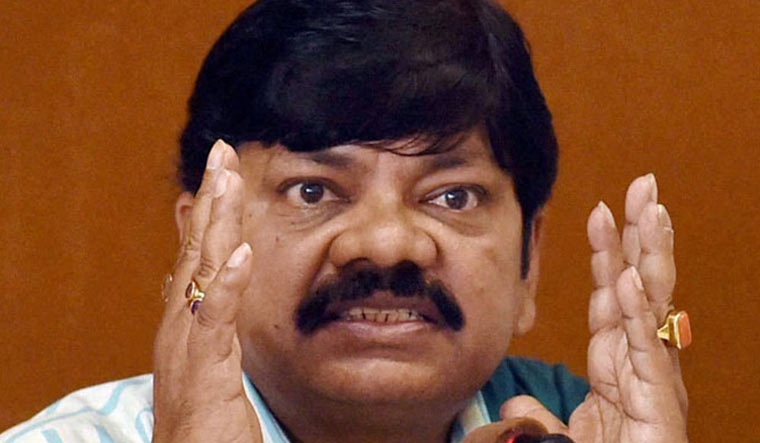 In 2013, Verma, secretary of the unauthorised Cricket Association of Bihar (CAB), filed petitions against the BCCI on the spot-fixing scandal, dragging the erstwhile all-powerful president N. Srinivasan to the court.

Nearly seven years later, Verma, on the last day of 2019, seemed a satisfied man as his son Lakkhan Raja, a left-handed opening batsman, made it to the Bihar Ranji team for their next game against Mizoram in Patna.

While fighting corrupt practices in cricket, Verma often felt his son wasn't given a level-playing field to showcase his talent.

"My son has finally got into the Bihar Ranji team. I have been assured that he will be there in the final XI against Mizoram. Hopefully, he scores some runs and cements his place," Verma said.

Interestingly, his son now has a job in Srinivasan's company, India Cements.

From being a fierce critic of Srinivasan to publicly apologising during a general body meeting of BCCI in New Delhi, to slamming the Committee of Administrators (CoA), Verma is a rabble rouser with nuisance value for some and a "rebel without a pause" to others in Indian cricket.

Once he understood that his stance is affecting his son's budding cricket career, Verma did mellow down and mend fences with the old guard of the BCCI.

Verma is indebted to Srinivasan as the India Cements job came at a time when his son was getting disillusioned with his non-selection in the state team. The job gave him a reason to continue playing cricket.

"Because of Srinivasan sir, my son was able to continue his cricket. Now I have realised that he is the real administrator that Indian cricket needs," said Verma, doing a 360 degree turn from the time he filed the IPL petition some years ago.

Asked if he now regrets filing the spot-fixing petition against the then Srinivasan-led BCCI, Verma went on the defensive.

"There is nothing called right or wrong. It is all about time," he said.

Verma had also filed a petition against Bihar Cricket Association (not the one he runs) alleging corruption in administration and it was believed that his son's entry into the state squad was halted due to his run-ins with the administration.

"The case is still on. No, no, please don't think I have withdrawn my case and that's why my son got in. That is not the fact," Verma said.