Chelsea reportedly has £160 million to spend in January 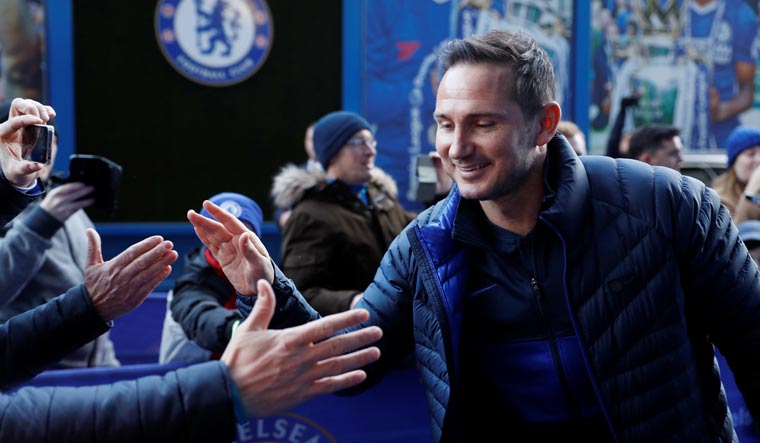 The Court of Arbitration for Sport (CAS) has halved Chelsea’s transfer ban, allowing the club to make signings in January, 2020.

Chelsea was hit with a two-window transfer ban in February 2018 for violating norms around the bringing in and registration of minor players from other countries. The ban was accompanied by a fine of 600,000 Swiss Francs (£462,114).

The CAS on Friday halved this period to a single window, meaning Chelsea will be eligible for mid-season transfers. The fine was also halved to 300,000 Swiss Francs (£231,057).

According to the Telegraph, Chelsea now has £160 million to spend in January.

With the club's young players having shined in the season so far, however, the club may not have to sign too many new players. The club is now at the number four position in the EPL. Having lost Eden Hazard, Gary Cahill and David Luiz in the summer, Chelsea will want to strengthen their defence at the very least.

Under FIFA law, the international transfer of minors is prohibited except under certain circumstances: when the player’s parents move to the host team’s country for reason unrelated to football, when the transfer takes place within the territory of the EU or the European Economic Area, or when the player lives within 50km from the national border and the club is also located within 50km of the border.

In their decision on Friday, the CAS upheld the two charges that Chelsea was found guilty of violating, regarding dealing with international players below the age of 18. “The Sole Arbitrator found that CFC (Chelsea) did violate Articles 19.1 (related to the international transfer of minors) and 19.3 (related to the first registration of minors) of the RSTP,” the statement said.

FIFA has declared Chelsea guilty of violating Article 19 with respect to 29 minor players. However, CAS said the breach involved “a significantly smaller number of players” adding that they had found only “about a third of the violations” declared by FIFA.

“In addition, the violations of other RSTP (Regulations on the Status and Transfer of Players) rules were found to be less serious than those attributed to Chelsea FC by FIFA.”

Chelsea had earlier refuted the findings of the FIFA disciplinary committee. Now, in all-party meetings between their lawyers and those of FIFA, they have admitted to the serious charges while maintaining that they were not guilty of the minor ones.

“In addition, the violations of other RSTP (Regulations on the Status and Transfer of Players) rules were found to be less serious than those attributed to Chelsea FC by FIFA,” the statement added.

Chelsea’s defence was that they had not signed any of the players, who they said were just being trialled. Chelsea had filed their appeal with the CAS in June, after losing a previous appeal in May.