We are moving on: Chief selector Prasad on Dhoni

His committee will instead focus on Rishabh Pant, Prasad said 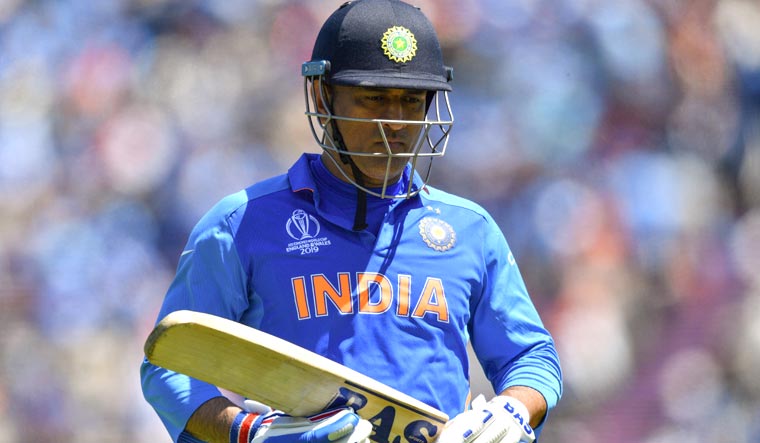 M.S. Dhoni walks back to the pavilion after his dismissal during the 2019 World Cup group stage match between India and Afghanistan at the Rose Bowl in Southampton | AFP

Selection committee chairman M.S.K. Prasad on Thursday said they are "moving on", clearly indicating that veteran Mahendra Singh Dhoni is not in their scheme of things anymore.

His committee will instead focus on Rishabh Pant, Prasad said.

"This is our clear thought process that post World Cup we are focusing on Rishabh Pant only," he said.

When the question on Dhoni's future in international cricket was repeated, the chief selector added, "I made it very clear post the World Cup that we are moving on. We are giving opportunities to youngsters and see that they establish themselves in the side.

"With Rishabh Pant doing so well and even Sanju Samson coming into the side, I am sure you must be understanding our thought process."

Samson was picked in the side for the upcoming three-match T20 series following his remarkable performance in the domestic circuit in recent times.

Dhoni has made himself unavailable for selection after the 50-over World Cup in England.

Putting his weight firmly behind Pant, Prasad said, "I have been very clear on this, that after World Cup we have started backing Rishabh Pant. So, we will still back him (Pant) and see that he progresses well.

"Of course, he might not have the best of the matches, the way we expect of him, but we can still only make a player by backing somebody. So, we are confident that he will come out successful and that's been the thought process post World Cup and we are focusing on Rishabh Pant."

On Dhoni's future, the former cricketer said that is purely his personal call.

"Going into domestic cricket, getting his touch back or thoughts about retirement, everything is purely his personal decision. We've already laid the roadmap for future, I'm sure you can see in the way we are selecting the teams."

"Earlier we had Hardik Pandya, then we also tried Vijay Shankar. All of us agreed in unison that the role we have, he (Dube) fits in very well. He bats aggressively, his performance in the India A Series in West Indies and also against South Africa in the ODIS (for India A) was phenomenal. He has gone up by leaps and bounds, a notch higher and we are convinced about it."

Prasad also said that they are looking at Samson as a top-order batsman.

"We are looking at him as a batsman who can keep. Definitely he will play at the top," he said.

Samson had played his only T20 against Zimbabwe in 2015. A regular in the India A set up. He has been rewarded for a good Vijay Hazare Trophy season, having amassed 410 runs in eight innings, including a double-century earlier this month.

Prasad said Samson's inconsistency had kept him away from selection all these years.

"Samson was there in the Indian team 4-5 years ago, his problem was inconsistency. In the last one year, he has had a fantastic IPL followed by a good India A series against South Africa and then a wonderful Vijay Hazare as well," he said.

"He is more consistent now and that is the reason we thought of drafting him in the squad."