Pathan left Srinagar with his family on Aug 4 and, Mewada and trainer left on Aug 5 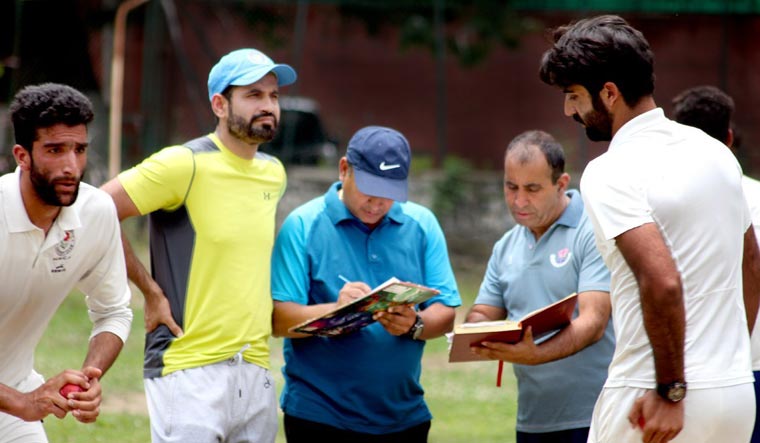 It was all going on smoothly until the announcement was made in the Kashmir Valley asking the tourists to leave. Amarnath Yatra was curtailed.

More than 185 cricketers and bright prospects were undergoing training at the Sher-i-Kashmir Stadium in Srinagar.

“On August 3, a match was underway. Halfway we were called and asked to stop,” Milap Mewada, coach of the J&K cricket team told THE WEEK.

Former India all-rounder Irfan Pathan has been mentoring the J&K cricketers since last year. This is second year of his contract.

“Last year, 40,000 cricketers played league matches and this year 60,000 are playing,” Pathan told THE WEEK. These two years, Pathan and other players went to remotest places of the Valley to find budding cricketers.

“The children were the primary concern. First, those staying out of Srinagar left in buses and cars and, then Mewada, other staff and I left,” Pathan said.

On August 2, a few cricketers had approached Mewada saying that their parents were calling up. “I told the boys that if something is to happen then J&K Cricket Board CEO S.A.H. Bukhari, who is the ex-DG, would know first,” Mewada, a former Ranji Trophy player from Baroda, said.

But then bags were packed and by August 3, all the players had left for their respective homes.

Pathan left Srinagar with his family on August 4 and, Mewada and one trainer left on August 5.

Reaching the airport was an ordeal. “It took a long time to reach the airport, there was strict checking but at the airport we got good support from the security staff,” Pathan said.

Both Pathan and Mewada said there was more panic than fear, with long queues at the fuel stations, ATMs and grocery stores.

A night before Mewada left, curfew was imposed and, mobile and internet was shut down. For the flight that was at 11am, he left at 6.30am. Announcements were being made in Kashmiri language. Mewada was told that it is about the curfew and people are being asked to stay indoors.

“There was a lot of checking. We were stopped at many places. There was a block in the opposite lane. I was worried about my driver as to how will he return. I gave him a printout of my ticket so that he can show it to security person and say that he had gone to the airport to drop me,” Mewada said.

Having enjoyed great hospitality from the locals in the Valley and the Army in Baramulla where he had gone, Pathan is keen on getting back to Srinagar. “We will go back once we hear from Bukhari saab,” Pathan said.

The season, according to him, is about to begin and they have planned matches in south India.

“We are hoping for the best. Bukhari saab asked us to go back saying that the situation is not suitable. We have been told that they will inform us after Eid,” Mewada said.

The Srinagar airport was crowded with tourists, locals and Haj pilgrims. Those having flights in the evenings had reached in the morning and were sitting in the lawns.

While Pathan refused to comment on the Union government's decision on bifurcating J&K, Mewada felt that it was handled well. “People were informed before.”