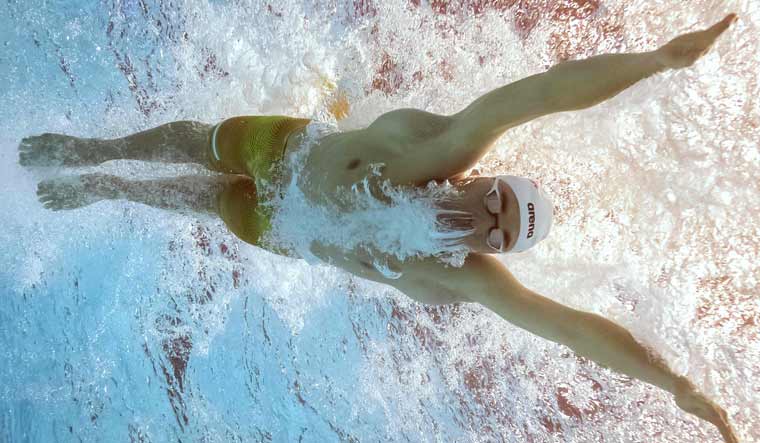 Now, a 19-year-old Milák has beaten Phelp's record at the World Swimming Championships with a time of 1:50.73 at Quangjiang. He beat his nearest opponent, Daiya Sato, by a staggering margin of three seconds.

For his efforts, the Hungarian won the gold medal for his efforts and a personal note of congratulations from Phelps himself. Speaking to Reuters, he said, "It’s a tremendous honour to beat such a great men’s world record...When I turned back and I saw the time, 1:50.73? All the pressure and tension just went off my back and all the joy came out."

Milák is the first Hungarian in the list of record-breakers in the 200m men's butterfly stroke category; a list dominated by Americans, Germans and Australians. Nearly 30 seconds have been shaved off the time since the first clocked record set in 1959 by Mike Troy.

Speaking to the New York Times, Michael Phelps congratulated Milák while cheerfully acknowledging that he had hoped that his record would have stood." As frustrated as I am to see that record go down, I couldn’t be happier to see how he did it." He added, "That kid’s last 100 was incredible. He put together a great 200 fly from start to finish."

The NYT reported that Milák watched footage of Phelp's win for years after the 2001 victory. Since the footage was grainy, he could not make out Phelp's exact technique for the butterfly. However, Milák did do some things similar to Phelps, like breathing every stroke.

South African swimmer Chad le Clos, who claimed the bronze, had this to say of Milák.

"Kristof is a hell of a lot faster than all of us — he's in another league at the moment — but I'm hunting him down. It's easy now that I've got the target now where I need to be"