No visas for Pakistani shooters; ISSF mulls consequences for India 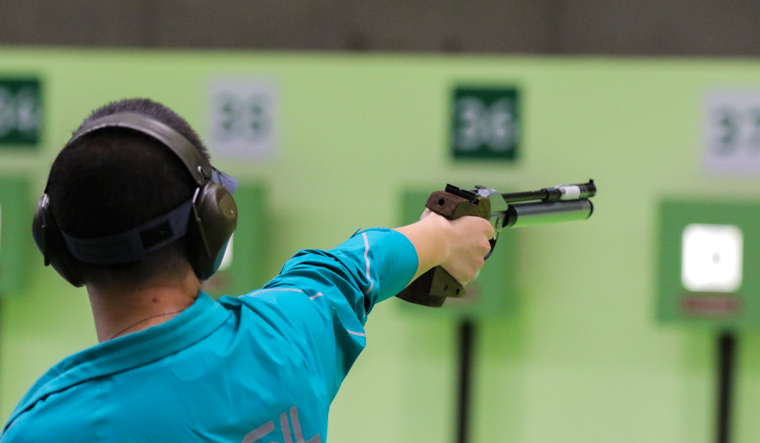 In a day of rapid developments, Pakistan shooters were denied visa by the Indian government for participation in the International Shooting Sport Federation Shooting World Cup in New Delhi starting tomorrow at the Dr. Karni Singh shooting range in the wake of the terror attack in Pulwama, Kashmir.

The ISSF, in a statement issued late evening, said it was trying to salvage the “urgent situation” and avoid “discrimination of Pakistan team in the event”. It added that the non-participation of Pakistani shooters could lead to serious consequences for India as the host nation for future international competitions. The ISSF World Cup is crucial as it has 16 quotas up for grabs for Tokyo 2020 Olympic qualification.

“ISSF World Cup in New Delhi faces an urgent situation as Pakistani athletes cannot get entry visas to participate in the competition, due to the terrorist attacks happened last days in India. The ISSF and the Organizing Committee of the competition are taking all efforts to solve the situation to avoid the discrimination of the Pakistani team. Besides that, the ISSF and the Organizing Committee are discussing the possible consequences for India as a host country for future international competitions, in all sports.”

ISSF, meanwhile, has been trying to seek audience with the Union Sports Minister Rajyavardhan Singh Rathore but had not got an appointment till late evening. Rathore is set to inaugurate the World Cup tomorrow in the presence of the ISSF top brass at the Dr. Karni Singh range.

The National Rifle Shooting Association of Pakistan has sent an email today to ISSF, asking it to cancel the quotas on offer in 25m rapid fire pistol. However, ISSF secretary general Alexander Ratner said, “It is in the hands of the IOC to decide what can be done.”

National Rifle Shooting Association of India president Raninder Singh said that his federation had done the requisite paper work and forwarded it to the Indian High Commission in Islamabad and were informed a few days back that the visas were in progress. But then the Pulwama terror attack happened. “We have called the Indian high commission several times and even emailed them regarding updates but did not receive any response. As a federation, we have to accept whatever our government decides.”

On possibility of sanctions on NRAI by the ISSF or the IOC, Singh, who is also vice president of the ISSF, said, “We will deal with it when the time comes.”