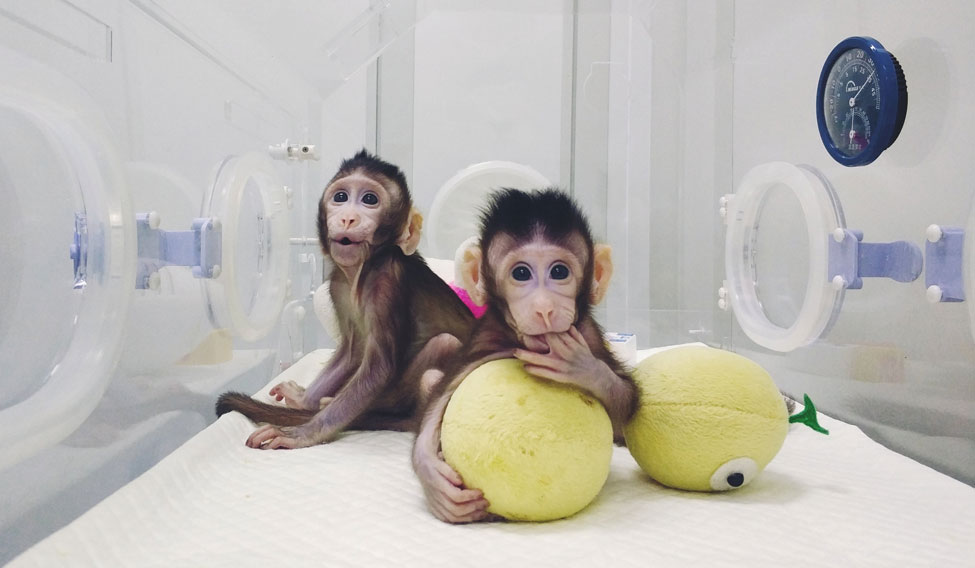 The first two cloned monkeys created by Chinese researchers have recently caught much spotlight on the international stage, as experts abroad praised the study as a technical advance with the potential of furthering human disease research.

"It's a landmark work," said Jun Wu, assistant professor at the University of Texas Southwestern Medical Centre, who had participated in the creation of the first human-pig chimera embryos and the altering of the genes of a human embryo in the US.

"Monkeys are the primates closest to humans and the biggest contribution of this work is to produce non-human primate models for human disease," Xinhua quoted the professor as saying.

Darren Griffin, professor of genetics at the University of Kent, called the study "very impressive technically".

Griffin said cloning primates have proven "much harder" than cloning other species like dogs, cats, pigs, horses and so on. "So to achieve that in primates has been quite a technical advance," he said.

The two genetically identical, long-tailed macaques, named Zhong Zhong and Hua Hua, were successfully created from somatic cells using the same technique behind Dolly the sheep, according to an article that Chinese researchers published in the scientific journal Cell.

"Such cloning allows the production of genetically uniform monkeys as animal models for basic research in primate biology and for studying human disease mechanisms and therapeutic treatments," the article said.

In this aspect, Griffin said that the production of such cloned animals could allow scientists to use "less animals" for their research.

Robert Desimone, Director of McGovern Institute of Brain Research at Massachusetts Institute of Technology in the US, labelled the study as "a significant advance" for disease research as the cloning methods may be "particularly useful for combining several disease-related mutations in the same animal".

However, Griffin warned that the first cloning of a non-human primate would raise ethical concerns, with critics arguing that this could possibly be "one step closer to human cloning".

"Careful consideration now needs to be given to the ethical framework under which such experiments can, and should, operate," he said.

Your form could not be submitted.
This browser settings will not support to add bookmarks programmatically. Please press Ctrl+D or change settings to bookmark this page.
Topics : #Science | #research | #China