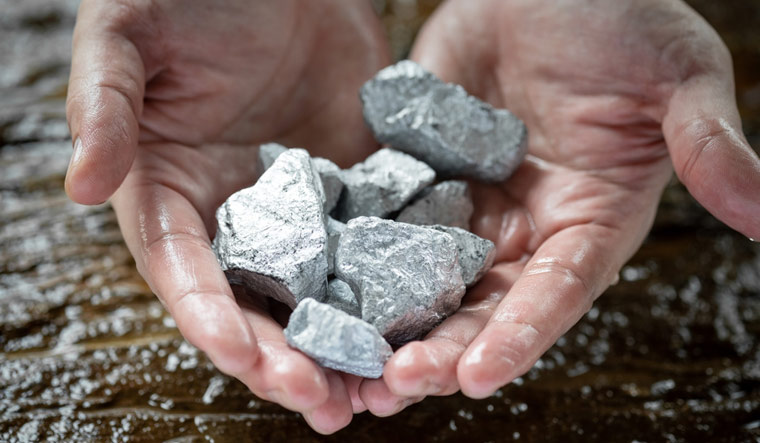 The beginning of the end of Europe's dependency on China for precious rare earth materials may lie buried deep under the rugged reaches of northern Sweden, well above the Arctic Circle.

Sweden's iron-ore miner LKAB said Thursday it has identified significant deposits in Lapland of rare earth elements that are essential for the manufacture of smartphones, electric vehicles and wind turbines.

According to LKAB, it's the largest known deposit of its kind in Europe. But the company warned that it could take at least a decade before mining starts.

Swedish Industry Minister Ebba Busch called Sweden a gold mine following the discovery. Her announcement came as the EU's executive Commission puts the finishing touches to a proposal for its Critical Raw Materials Act that should help developing reliable and solid supply chains.

Rare earths now reach into the lives of almost everyone on the planet, turning up in everything from hard drives to elevators and trains. They are especially vital to the fast-growing field of green energy, feeding wind turbines and electric car engines.

But the EU is lagging well behind competitors on the market, getting around 98% of its rare earth minerals from China, with none of them mined in Europe.

And according to the EU Commission, the demand will increase fivefold by 2030 due to the digital and green transition of the bloc's economy.

Internal market commissioner Thierry Breton has warned that the EU's ambition to become the first climate neutral continent is at risk without a secure and sustainable access to raw materials.

Our twin green and digital transition will live or die through the functioning of our supply chains," he said. Take China, with its quasi-monopoly on rare earths and permanent magnets and prices rising by 50-90% in the past year alone. Supply of raw materials has become a real geopolitical tool."

The EU is also eager to learn from the past and reduce one-sided dependencies like the one it developed on Russia for oil and gas, only starting to cut ties recently after the war in Ukraine started.

This must change," said Busch, as European commissioners traveled to Kiruna to mark the start of Sweden's six-month rotating EU presidency. In the short run, we need to diversify our trade, but in the long run we can't rely on trade agreements only. Electrification, the EU's self-sufficiency and independence from Russia and China will begin in the mine.

LKAB which also develops carbon-free iron ore projects said the deposits of rare earth were found close to the world's largest underground iron-ore mine it runs in Kiruna. Exploration will not start for years even if permits are delivered very fast.

If we look at how other permit processes have worked within our industry, it will be at least 10-15 years before we can actually begin mining and deliver raw materials to the market," said LKAB CEO Jan Mostrm. We must change the permit processes to ensure increased mining of this type of raw material in Europe.