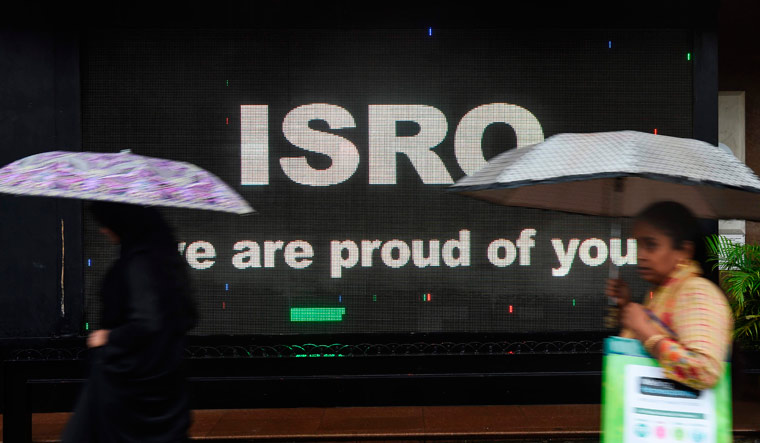 ISRO's PSLV-C54/ EOS-06 mission with Oceansat-3 and eight nanosatellites, including one from Bhutan, on board from the Sriharikota spaceport on November 26 at 11.56 am will be a major milestone for the Indian space agency. It will also be very significant for the NewSpace India Limited (NSIL). Oceansat series satellites have enabled the country to develop applications dedicated to oceanography and atmospheric studies. The launch will include satellites from Dhruva’s Thybolt and Pixxel’s Anand along with BhutanSat from Bhutan.

Oceansat series satellites carry an array of sensors that help study chlorophyll concentration, phytoplankton blooms, and atmospheric aerosols. These studies further aid specialised predictive modelling such as cyclone predictions. “The first Oceansat carried an Ocean Colour Monitor (OCM) and a Multi-Frequency Scanning Microwave Radiometer (MSMR) for oceanographic studies. Oceansat 2 followed ten years later, in 2009, with service continuity for users of the OCM as well as further enhancements. After the scatterometer on Oceansat 2 reached its end of life, ScatSat 1 was launched with another scatterometer on the same Ku-band as Oceansat 2. The latest satellite, Oceansat 3, will be primarily for continuity but also carry enhancements like simultaneous sea surface temperature measurements,” explained Girish Linganna, space and aerospace expert and director of ADD Engineering Components India Limited.

BhutanSat is part of Prime Minister Narendra Modi's space diplomacy initiatives, and India is aiding Bhutan in building and launching its latest satellite, BhutanSat. ISRO extended aid to Bhutan in more than one way. Bhutanese engineers worked with ISRO to build the nanosatellite. “ISRO has been working on the primary payload, an optical camera for remote sensing. The country can use the satellite towards agriculture, forestry or land mapping. Prime Minister Modi had promised a satellite for the Himalayan nation in 2020 under the ambit of his government’s Act East Policy,” said Linganna.

Bengaluru-based spacetech startup company Pixxel's third hyperspectral satellite ‘Anand’ will also be part of the launch. Pixxel had earlier became the first Indian company ever to launch a commercial satellite to space when it launched 'Shakuntala' in April through SpaceX. Anand is a hyperspectral microsatellite which weighs less than 15kg and has a total of 150 plus wavelengths that will enable it to see the earth in a lot more detail than today’s non-hyperspectral satellites with not more than 10 wavelengths. The imagery from the satellite can be used to detect pest infestation, map forest fires, identify soil stress and oil slicks among other things.

Pixxel's hyperspectral satellites have the ability to provide hundreds of bands of information with global coverage at a very high frequency, making them ideal for disaster relief, agricultural monitoring, energy monitoring and urban planning applications. They are equipped to beam down upto 50 times more information with unprecedented detail, compared to other conventional satellites in orbit.

The company has already inked partnerships with the likes of Rio Tinto and Data Farming who will use hyperspectral datasets to identify mineral resources and monitor active and determining crop issues respectively. The imagery from this satellite will provide the team targeted inputs to improve the form factor and imaging capabilities of the next batch of commercial-grade satellites.

Dhruva Space, another space company, will also launch their Thybolt 1 and Thybolt 2 satellites into the lower Earth orbit as part of this launch. “Dhruva Space, in fact, was the first to sign an MoU with IN-SPACe for space activities like testing and launching satellites and satellite components. The current Dhruva payloads are CubeSats that the company will employ to support international CubeSat deployers. Their team in Austria has been working on fetching international clients,” said Linganna.

Space experts such as Srimathy Kesan, the founder and CEO at Space Kidz India, pointed out that Oceansat will play a major role in studying the surface winds, ocean surface strata, and monitoring phytoplankton blooms, which is basically an algae that plays a key role in the oceans and fresh water ecosystem producing oxygen. It also is going to study the suspended sediments and aerosols in the water, and observe chlorophyll as we need to protect our ecosystem. “The study of tectonic plate movements in the Ocean bed can also be very helpful for the general public and more so for the fisherman who do not have a proper warning system to alert them when they are in deep sea. As India is covered by water on three sides, I think upgrading the systems and launching the Oceansat 3 series will be extremely beneficial for the country,” Kesan told THE WEEK.

She said all eyes will also be on Dhruva Space's Thybolt and Pixxel’s Anand as they claim that their satellites will be used to detect pest infestation, map forest fires, and identify soil stress and oil slicks, apart from identification of mineral resources and active monitoring for the detection of crop problems.

“I feel this launch is going to be very important for the country as one satellite is going to focus on the oceans and the other is going to unravel the hidden mysteries below the earth. India has got strong mineral deposits but, unfortunately, scientists have still not been able to find any instrument or equipment that can go and identify the deep spots of mineral deposits,” said Kesan.