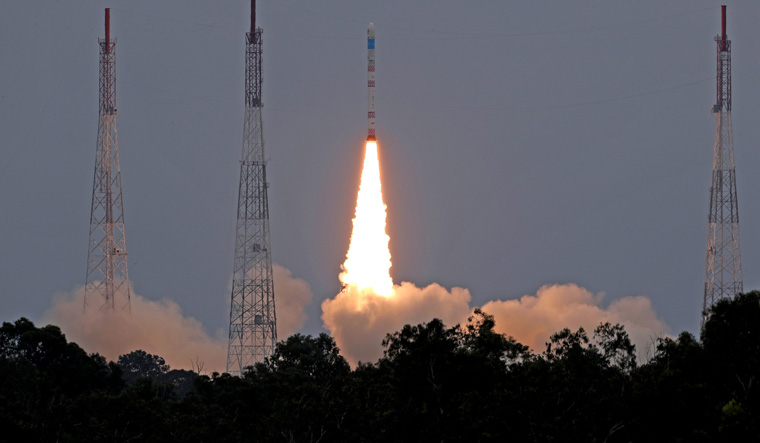 In a landmark development, Vikram -S, India's first privately developed rocket successfully lifted off from Sriharikota on Saturday. This marks the entry of the private sector into the space industry in India.

Developed by Hyderabad-based startup Skyroot Aerospace, the rocket carried three customer payloads. Of the three, two payloads are for domestic clients, and one foreign. The domestic clients are SpaceKidz India and N-Space Tech India while the third, BazoomQ Space Research Lab, is based in Armenia.

"We made history today by launching India's first private rocket. It is a symbol of new India, and just the Prarambh of a great future." Pawan Kumar Chandana, Co-Founder Skyroot Aerospace, said.

Union Minister Jitendra Singh, who was at Sriharikota to witness the launch, said this is a turning point for Indian startups.