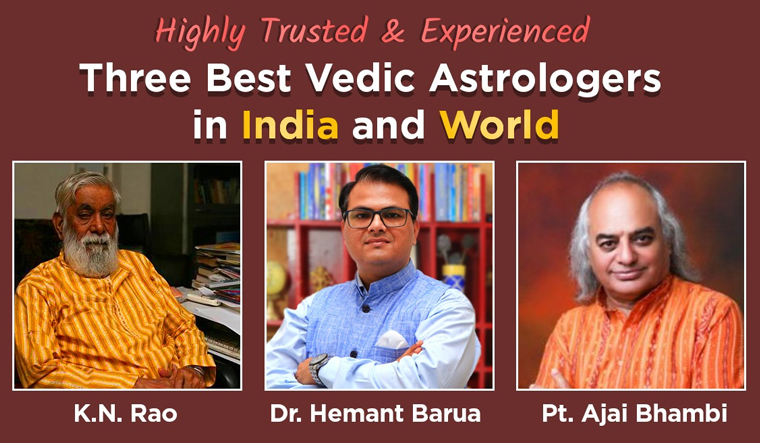 Vedic astrology is an astrological tradition that emerged from India, and it is known in the east by the Sanskrit word Jyotisa. Jyoti means light, and Jyotisa is the sacred art and science of the stars and the light of awareness within. There is a lot to learn about Vedic astrology, also known as Indian, Hindu, or Tantric astrology. This branch of astrology includes all of the divination systems taught and practiced in India. The Vedas are four sets of hymns composed by ancient seers that express various subjects such as philosophy, yoga, meditation, healing, and astrology.

Kotamraju Narayana Rao comes from a distinguished Andhra Brahmin family. At the age of twelve, he was initiated into astrology by his late mother, Srimati K. Saraswati Devi. He considers her to be the best astrologer he has ever met.

During his service career, he continued to conduct all his fundamental astrological research, as a result of which he collected horoscopes in the thousands. He has over 50,000 horoscopes with ten significant events of everyone recorded with him. It is possibly the most extensive individual collection of horoscope data any astrologer has.

He has written over 40 books on Vedic astrology in total. He has a great quality in that he tells all his predictive techniques to those who want to learn without holding anything back.

Dr. Hemant Barua, a highly respected astrologer, is committed to revealing the secrets of Vedic astrology, and he has been sharing his vast knowledge of Vedic astrology through his YouTube videos. His knowledge and experience in astrology have made him the most trusted and well-known astrologer in India. Because of his pure talent and passion for perfect horoscope, he is also an internationally renowned astrologer.

He creates monthly and yearly horoscope videos using accurate research and never feeds lies. His calm, humble, and down-to-earth personality makes him adored and adored by all of his viewers worldwide.

More than 90% of his clients come from referrals. Dr. Hemant's predictions are highly accurate and timely due to his extensive knowledge of the subject. The birth date and time are two of the most important factors in astrology. Astrology experts regard this date, which also specifies the time and location of birth, as significant because it provides insight into a person's past, present, and future.

Dr. Hemant has contributed significantly to the advancement of astrological knowledge by conducting extensive research in the field of the Trimayasha Remedial Process. The Trimayasha remedial procedure can be used to determine the condition of a person's horoscope by analyzing the planetary configurations. The Trimayasha Remedy, once calculated, assists a person in resolving astrological issues that may be causing difficulty in their life.

Dr. Hemant has conducted extensive research into the Trimayasha rectification method. He applies this method to a person's horoscope in order to identify the root cause of the problem. Everyone has their own distinct Trimayasha code, which we can also call their alignment. Once calculated, the Trimayasha cure assists a person in finding perfect answers to all astrological issues that are causing him difficulty in his life.

Dr. Hemant, who has a thorough understanding of Vedic Astrology, can be reached via his website https://www.planetsnhouses.com/  or whatsapp at +91 9773959523

People have been astounded by Pandit Bhambi's predictions as an international astrologer. He has created a holistic method for making predictions that combines his knowledge of Vedic Astrology with his extraordinary intuitive abilities. He has made numerous notable predictions about individuals, countries, and events.

Some recent political developments in India were predicted by him. He predicted that Narendra Modi would become Prime Minister. He predicted Donald Trump and Barack Obama would win the US presidential elections. He has predicted and continues to predict several political and social events. He has also predicted sporting events, sporting personalities, and Indian artists correctly. In 2018, he was clearly able to forecast cyclones hitting South India, followed by unprecedented heavy rainfall, resulting in severe damage to people's lives. He also correctly predicted the terror attack in Mumbai in 2008. Having said that, he also warned all politicians to channel the energy of young India in the right direction. If it is not done correctly, the country may come to regret it one day.

Vedas has bestowed upon us a wonderful gift in the form of Vedic Astrology. Our Karma determines our fate, but our planetary movements are also important. In this regard, Indian Astrology is concerned, with Vedic Astrology serving as a focal point. The ability to predict the past, present, and future is the essence of Vedic Astrology.