Novel insecticides are bad news for bee health and their guts

Insecticides containing flupyradifurone and sulfoxaflor can have devastating effects 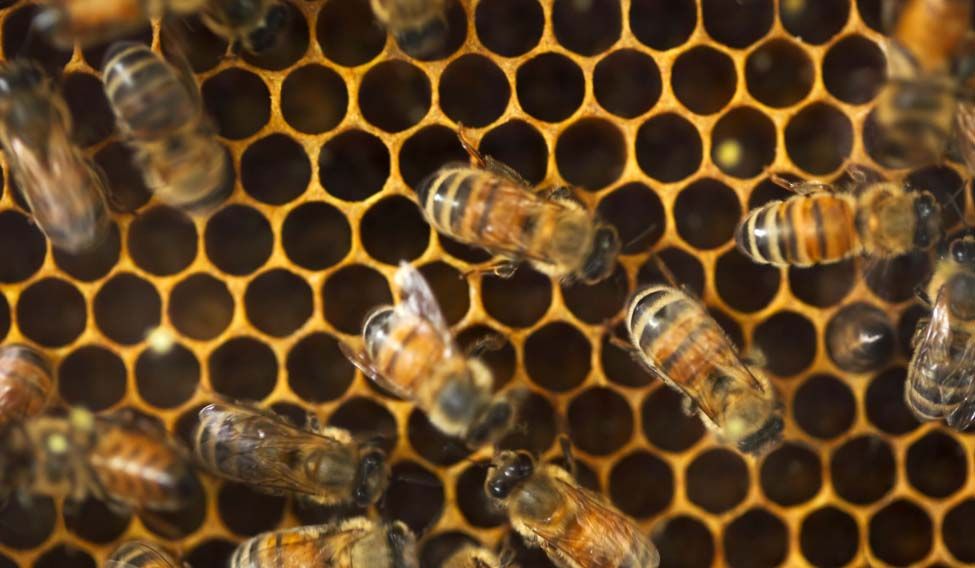 Insecticides containing flupyradifurone and sulfoxaflor can have devastating effects on honey bee health. The substances damage the insects' intestinal flora, especially when used in conjunction with a common fungicide, making them more susceptible to disease and shortening their life span. This was recently proven in a study conducted at the Martin Luther University Halle-Wittenberg (MLU) and the Helmholtz Centre for Environmental Research (UFZ), as published in Science of the Total Environment. The two insecticides were considered harmless to bees and bumblebees when approved, but their use has since been severely restricted.

For the study, honey bees that were free from environmental influences were first bred in the laboratory. "We wanted to control every aspect of the bees’ lives - from their diet to their exposure to pathogens or pesticides", says Dr Yahya Al Naggar, the biologist who led the project at MLU and who now works at Tanta University in Egypt. In the first few days, all bees were given the same food: sugar syrup. They were then divided into several groups and various pesticides were added to their food. One group was given flupyradifurone, while another was given sulfoxaflor. Both substances are approved insecticides in Germany, but their use is now limited to greenhouses.

As pesticides are often used as a mixture, the scientists also took this into account in their laboratory experiment by enriching the food administered to two other groups not only with the insecticides mentioned, but also with azoxystrobin, which has been used to protect plants from harmful fungi for many decades. The concentration of the substances was well below the legal requirements in each case. "Our approach was based on the realistic concentrations that might be found in pollen and nectar from plants that have been treated with the pesticides", says Al Naggar. A control group continued to receive the normal sugar syrup without additives.

Over a period of ten days, the team observed whether the substances had any effects on the bees and, if so, what. They found that the pesticides are anything but harmless: Around half of all bees whose diet had been supplemented with flupyradifurone died during the study - and even more when combined with azoxystrobin. While sulfoxaflor produced similar effects, more insects survived the diet.

The scientists also analysed the bees’ intestinal flora, i.e. the bacteria and fungi living in their digestive tract. "The fungicide azoxystrobin led to a significant reduction in naturally occurring fungi. That was to be expected, as fungicides are used to control fungi", says Dr Tesfaye Wubet from the Helmholtz Centre for Environmental Research (UFZ), who is also a member of the German Centre for Integrative Biodiversity Research (iDiv) Halle-Jena-Leipzig. Over the course of the ten-day study, however, the team was able to show that the mixture of fungi and bacteria detected in the insects differed greatly from the control group depending on the substances used. According to the researchers, the bacterium Serratia marcescens was able to spread alarmingly well in the digestive tract of the treated insects. "These bacteria are pathogenic and harmful to bees’ health. They can make it harder for the insects to fight off infection, leading to premature death", explains Al Naggar.

As the study was conducted in a laboratory in Halle to exclude the number of external influences, it is unclear whether the same results can be found in nature. "The effects of the pesticides could well be even more dramatic - or the bees might be able to fully or at least partially compensate for the negative effects", concludes Wubet. With this in mind, the team calls for the potential effects of new pesticides on beneficial insects to be researched more rigorously before they are approved and for their effects on aspects such as intestinal flora to be included as standard in the risk assessment.