Anti-science movement is escalating and globalising 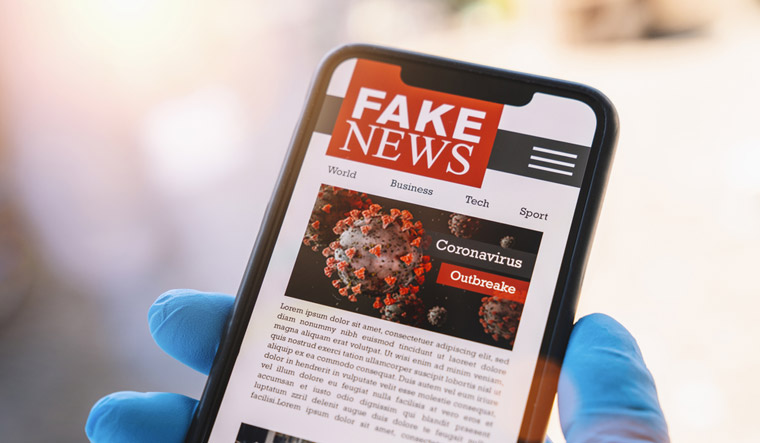 The scientific method is rigorous. Claims and premises are supported with evidence. The peer review system is designed to ensure that research is scrutinised by experts before publication. And whenever researchers lack certainty, they'll emphasise that further research is necessary to land on the truth.

Unfortunately, fake science websites are learning to appear equally rigorous in order to trick their audiences into believing fringe, debunked and bogus theories. These websites seek to take advantage of our trust in experts, and the methods we use to verify information, to lend authority to anti-science positions.

Some even hyperlink to fake science published in what appear to be peer-reviewed journals but are in fact open access publishers who will accept anything submitted, provided their fees are paid.

Research shows that the anti-science movement is escalating and globalising. In a recent global survey, almost 50 per cent of respondents said they see false or misleading information online every day. Over half of those who shared such information did so because they thought it was true at the time.

Fake science that masquerades as trustworthy and authoritative information is harder to spot. But by understanding the methods fake science websites are using, we can adjust our verification techniques to ensure we don't fall for their deception.

Fake science websites use extensive hyperlinking to facilitate the appearance of trustworthiness. Hyperlinks act as visual markers of credibility, appearing to connect content to a source. The mere presence of a link can provide readers with a sense that a particular claim is verified and that the author has done their research.

You'll know from your own browsing that checking every hyperlink to read and evaluate the information cited requires effort. For those who are not well-versed in scientific principles, methodology and analytical techniques, it is even more demanding. For convenience, we often trust the presence of a link or citation as proof that the information expressed is credible.

Repeated posts also add to the appearance of credibility. Research has found that virtually any claim uttered by a contrarian scientist, whether it challenges the consensus on anthropogenic climate change or calls into question individual scientists, immediately gets picked up and shared through the climate change blogosphere.

This content is copied from one site to another until dozens of websites feature the same information.

The aim is not only to increase the content's visibility, but also to ensure search engine results pages are populated with the same repeated content.

Readers who attempt to verify information through lateral reading, or opening a series of tabs to read a selection of different articles, may come across several pages of results that appear to corroborate what they read on a single fake science website. Globally, 24 per cent of people use this verification technique. Fake science articles also hyperlink to this repeated content, increasing the likelihood that readers will see it as legitimate.

Many fake science websites never actually produce any original articles. They regurgitate anything that supports their position in order to make that position more visible, hoping that web users won't have time to figure out that a single article has been copied dozens of times.

The manufacturing of doubt is another common strategy used across many anti-science positions. Research has shown that the tobacco industry engaged with this strategy to cast doubt on links between smoking and cancer. The same strategy is now used to downplay the climate crisis.

Due to the sheer weight of scientific evidence of anthropogenic global warming, fake science websites avoid outright climate denial and instead critique climate concerns as overblown and climate policies as extreme. The objective is not to invalidate the position but to foster doubt about the reality of climate change.

To this end, articles again create the illusion of scientific rigour by referring to a selected body of evidence which is often misinterpreted or not peer-reviewed. Meanwhile, research that confirms the severity of the climate crisis is labelled climate alarmism and dismissed as doom mongering.

Fake science websites aggressively share their articles, encouraging web users to do the same, so it's likely that they will appear in your social media or search engine feed. They're easy to spot if you know what to look out for.

You can also copy and paste part of a suspect article into a search engine to check how often it has been reposted. Genuine science and research is reposted on reputable websites, but fake science will be copied among a series of websites you've never heard of.

If you're still in doubt about an article's legitimacy, visit a website that is dedicated to unpacking misinformation and bias, such as mediabiasfactcheck.com, where you can check if a website is known to feature fake science.

Ultimately, fake science websites can only assume the appearance of credibility. They're hoping that web users won't have the time or the skills to discover that what they're reading lacks scientific proof. With that in mind, digging a little deeper can help us expose sham science from legitimate, expert sources.