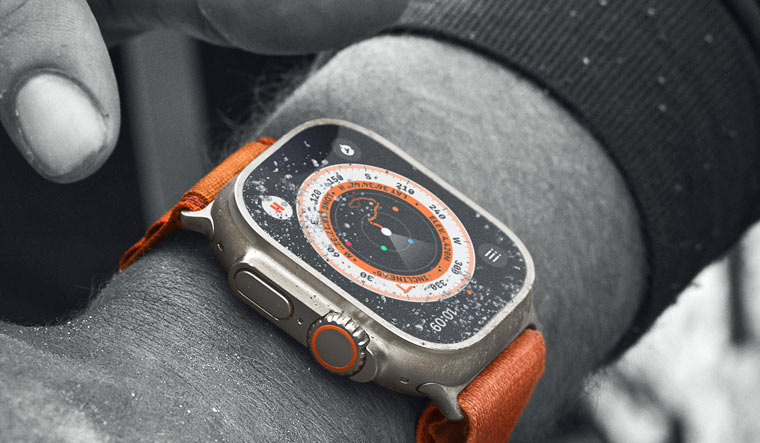 We are into September, which means in the technology world, it’s time for Apple’s far-out event. The company made several announcements from its new AirPods to four new iPhones, here are some highlights.

Watch SE (2nd Gen): The more affordable new Watch comes in three colours and rear finishes. The Watch SE has the same chip as the Watch Series 8, is said to be 20 per cent faster than the original Watch SE, and comes with emergency service, fall detection and motion sensors for crash detection. It starts at $299 for GPS and $399 for cellular + GPS.

Watch Ultra: In a more surprising unveil, Apple announced the brand-new Watch Ultra. The Watch is supposed to be the most rugged wearable from the company so far. It features a brighter and bigger display with a 49mm titanium case, a bigger crown plus a new action button (for sending a location alert), too. There’s a second mic, three speakers and cellular connectivity on all Ultra models. Apple claims the Ultra can provide 36 hours of battery life and 60 hours in low-power mode. The Watch Ultra supports dual GPS, WR100 water resistance as well as a new depth app for showing your current depth when submerged. It is aimed for outdoors and adventure usage, more so than any other Watch we have seen from the company. The Watch Ultra is priced at $799 (cellular + GPS).

AirPods Pro: There are new AirPods, too, which feature a new H2 chip for better connectivity and supports upgraded audio drivers. Apple says it has personalized spatial audio for music listening and a more advanced 2x active noise cancellation compared to the original AirPods Pro. There’s also a Transparency mode, which reduces the volume for the user to check in surroundings but doesn’t go down much when there’s some construction or similar noise around. The new Pro has smaller ear tips along with new touch controls for adjusting volume. Apple claims the new AirPods Pro gives 6 hours on a single charge plus 33 hours with the charging case. Speaking of the case, there’s a speaker at the bottom of the case for helping you find it and for indicating when the charging starts. The new pair starts at $249, while its India price is Rs. 89,900, available starting 23rd September.

iPhone 14 series: Wouldn’t be Apple’s September even without a new iPhone. The iPhone 14 sports a 6.1-inch display while the 14 Plus sports a 6.7-inch display. They feature an aluminium frame, water and dust resistance and come in five colours. Performance-wise, there’s an A15 Bionic chipset in place. Coming to the dual camera setup, there’s a 12MP (f/1.5) sensor with OIS and a new front-facing 12MP (f/1.9) camera with auto-focus (hidden in the familiar notch). The phones support 5G of course and come with support for multiple eSIM (no SIM card tray in the US models). Oh, and the new iPhones come with satellite connectivity, for emergency SOS usage meaning you can get network reception even in remote areas with no traditional cellular network. The phone would show you where to point your phone to receive a better satellite connection in SOS. You can select from a set of pre-written messages for quicker and more standardized messaging in an

emergency since a regular back-and-forth interaction could take quite a while. This service will be free for the first two years and rolls out in the US starting November this year. The iPhone 14 starts at $799 and the 14 Plus at $899.

iPhone 14 Pro series: The 14 Pro series boasts a newer, slimmer notch on the front, called Dynamic Island by Apple. While the iPhone 14 Pro has a 6.1-inch OLED display, the 14 Pro Max has a 6.7-inch display that goes up to 2000nits brightness, with support for HDR and Dolby Vision. There’s also an Always-On Display, giving you notifications at a glance on the screen without having to completely unlock it. The front features an upgraded TrueDepth camera. These new models are powered by the new A16 Bionic chipset based on the 4nm process. There’s a 48MP (f/1.78) main camera, that merges 4 pixels into one for giving 12MP output, a new 12 MP ultrawide (f/2.2) camera and an upgraded 12 MP telephoto camera. You can now shoot at 48MP ProRaw and can shoot in 4K at 30FPS in the Cinematic mode. They come in four colour models, including a new Deep Purple colour. The 14 Pro starts at $999 (Rs 79,634 approx) and the 14 Pro Max at $1099 ( Rs 87,605 approx).