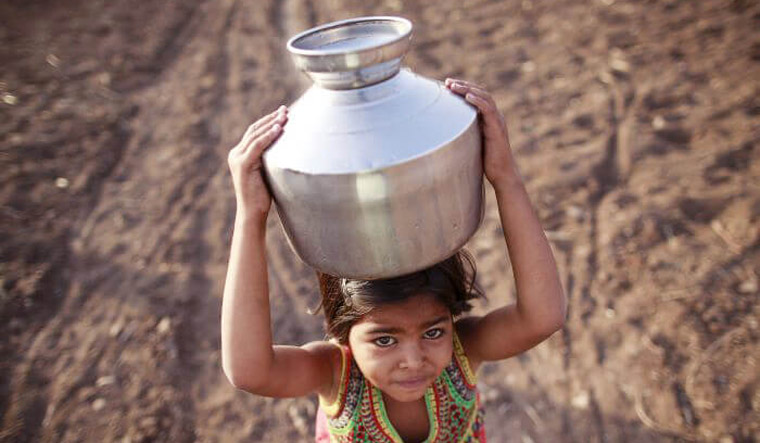 The high concentration of uranium in groundwater in certain districts in Bihar has left the authorities worried and 100 water samples from ten districts have been sent to Central Ground Water Board (CGWB) center in Lucknow for scientific analysis, a top official said.

The water samples have been sent for isotopic uranium analysis through Inductively Coupled Plasma Mass Spectrometry (ICP-MS) method which measures isotopic ratios at a reasonably high accuracy. The future course of action will be decided only after getting the report, he told PTI here.

Districts from where the groundwater samples have been recently collected are Nalanda, Nawada, Katihar, Madhepura, Vaishali, Supaul, Aurangabad, Gaya, Saran and Jehanabad.

"The CGWB, publc health engineering department of Bihar Government and the Geological Survey of India are jointly working towards quantifying uranium concentration in groundwater in the state and also preparing a comprehensive action plan to deal with the situation, Singh said.

The uranium concentration reported in previous studies in the state will be compared with the new findings.

During 2019-20 the CGWB had collected a total 14377 groundwater samples from shallow wells water sources across the country for the quantification of presence of uranium. From Bihar 634 samples were analysed and it was found that concentration of the heavy metal in 11 samples was beyond the permissible limit set by WHO, Singh said.

The analysis found that districts where groundwater had high uranium are Saran, Bhabhua, Khagaria, Madhepura, Nawada, Sheikhpura, Purnea, Kishanganj and Begusarai, he said.

Explaining its detrimental impact of the heavy metal, chairman of Bihar State Pollution Control Board Ashok Kumar Ghosh told PTI, Uranium contamination in groundwater is a matter of serious concern as it is hazardous to the health of those exposed. High exposure may cause bone toxicity and impaired renal function and cancer".

The Board's study too found uranium contamination in the groundwater in Bihar, he added.

It took one and a half years for the researchers to come to the conclusion. Studies show that uranium is a chemo-toxic and nephrotoxic heavy metal. This chemotoxicity affects the kidneys and bones in particular, Ghosh said.

Uranium concentrations are elevated mostly in the north west-south east band along and to the east of Gandak river and south of the Ganga river towards Jharkhand, particularly in Gopalganj Siwan, Saran, Patna, Nalanda and Nawada districts, the study said.

The study, which was published in the International Journal of Environmental Research and Public Health in April, 2020, was conducted by David Polya and Laura A Richards of the University of Manchester (UK), Ashok Kumar Ghosh and Arun Kumar of Mahavir Cancer Sansthan, Patna.