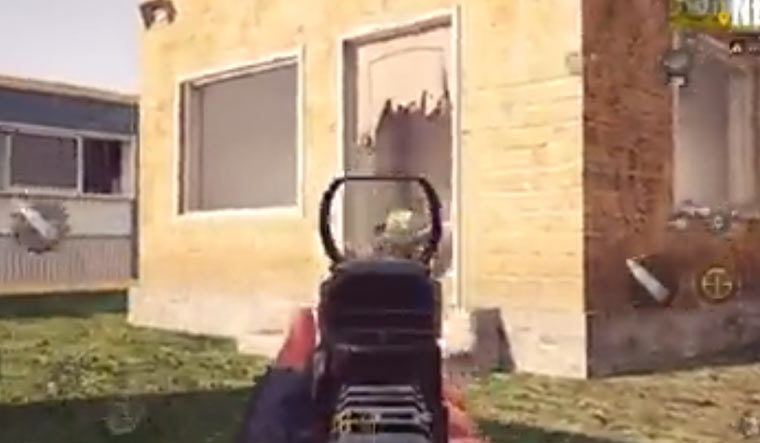 New year, new PUBG. The latest iteration of the battle royale franchise takes things to the future, with a new map, new guns, new abilities (roll and peek) and an assortment of bugs and glitches. Launched in over 200 countries today, on both iOS and Android, PUBG: New State has already exploded in popularity, resulting in server issues for many who were trying to play.

PUBG: New State, developed by PUBG Studio, takes the familiar battle royale formula: A vast assortment of players are dropped onto a location with no gear. They must forage for supplies and weapons and battle each other, while the battle arena grows smaller and smaller. Eventually, only one player or team will remain, out of the 100 that start the game. In New State, there is also a 4x4 team deathmatch mode as well as a training mode for players to hone their skills or calibrate their settings before jumping into a game.

There is a new map, Troi, and the classic Erangel map has been updated. The team deathmatch mode also takes place in a new map, Station. All the new additions come with a cost: The game will require at least 1.4GB of space to install.

There are also new vehicles like the truck and an assortment of supercars, that can allow players to store additional gear and items. One interesting new feature is “Recruit”—resuscitating an enemy player can allow them to join your team. There are also ways to customise your guns and modify their stats. New weapons and gadgets include a three-walled shield you can set up to temporarily give you cover, new melee weapons like an axe, and a drone that will deliver weapons and ammunition to your player, as well as a drone that can be used for scouting.

There are also new abilities–players can now perform a roll to dodge bullets, and also a way to “peek” around corners.

However launch day, November 11, saw a slew of performance issues, server problems and in some cases, serious phone-bricking errors. The launch itself was postponed due to the server issues. Following this, the official Twitter handle of PUBG: New State has tweeted about at least four issues players have been facing—from poor quality graphics being shown to iOS players to gameplay-related niggles and difficulties logging in.

Encountering issues while playing? Try the following steps below!

✅Update your device’s OS and restart the app.
✅Change the Graphics API setting to OpenGL ES.
✅Disable USB Debugging and Developer Options on your device.

One YouTuber even tweeted saying his phone was hard bricked while trying to install the game.

Alright.#PUBGNEWSTATE has bricked my device already.
Those on Android 12, be a bit careful I'd say.

PUBG: New State’s launch comes a year after PUBG: Mobile was banned, at the peak of India-China hostilities along the Line of Actual Control in Ladakh. The ban, due to PUBG’s publisher at the time, Tencent, being a Chinese company, was part of a larger crackdown on Chinese apps, which were accused of poaching the data of Indian users.

PUBG’s ownership was then transferred to Korean firm Krafton, which re-released the game as Battlegrounds Mobile India. However, the “new” PUBG had many differences from the old one in order to comply with issues Indian authorities had with it—blood effects were replaced with a green splatter, and there were strict promises that users’ data would be treated carefully.