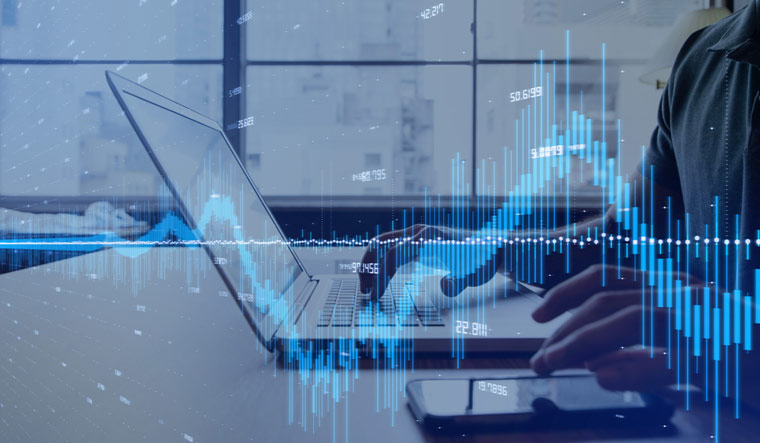 August 15 does not just mark the birth of free India, it is also the anniversary of the birth of the internet in India. VSNL or Videsh Sanchar Nigam Limited, the then-government run operator which controlled all external telecommunications, launched internet services in the country on Independence Day in 1995. From a sputtering, excruciatingly slow connection via modem to standing at the doorstep of lightning fast 5G speeds, the net has come a long way in the last quarter century.

Today, we do work through emails and dedicated online applications, share news and personal stuff on social media sites and enjoy ‘me’ time on video and OTT apps. The net may be all pervasive today, but its greatest achievement would not be how we today work, socialise and play online, but in how the application programming interfaces (APIs) that have delivered public (and often private) services to the last mile, has empowered the populace. These days referred to as ‘India Stack’, these digital delivery platforms like Aadhaar and UPI are just getting started.

“The expansion of digital payments, facilitated by the stack, is an important driver of economic development in India and has helped stabilise incomes in rural areas and boost sales for firms in the informal sector,” the International Monetary Fund (IMF) noted in a paper earlier this month. “Other emerging markets and developing economies could learn from the experience,” the IMF suggests. Here are some of the significant milestones in the evolution of India’s digital journey, and how it ‘stacks’ up.

Though the mobile phone came to India a year before the internet, it was to prove the strongest vector in its expansion. From sky-high rates, mobile phone penetration spread far and wide after incoming calls were made free in 2003 and a host of new players and technologies made access more widespread.

But while percolation was strong in urban India, it took the richest man in India to take the mobile phone and internet within reach of the poorest man in India. Reliance Jio launched in 2016 with schemes like free calls and the lowest data charges in the whole wide world. Rest of the telecom industry had to follow suit, with datareportal saying more than 62 crore Indians using the internet as of January this year. And a vast majority of them access it solely on their handheld device.

Controversial to the hilt when it started out in the late 2000s, ‘Aadhaar’ (or ‘foundation’ in Hindi) is a digital identity exercise which will form the ‘foundation’ for all expansions of India’s digital infrastructure. As per figures from the Unique Identification Authority of India which is the nodal body for Aadhaar, more than 9 per cent of India’s population now have the unique 12-number Aadhaar registration, which maintains a record of one’s name, address, photograph, fingerprints and other details. Questions of privacy apart, Aadhaar is today the basic identification detail used for anything from opening a bank account to booking your Covid-19 vaccination. More importantly, it was impactfully used for direct transfer of relief and other doles from the government, ensuring no instances of bribery to middlemen take place as was the case often earlier.

While the prime minister’s Jan Dhan Yojana led to widespread opening of bank accounts among rural citizenry, perhaps financial inclusion truly came to roost with the United Payments Interface (UPI) mode of cash transfer through mobile wallets and mobile money. As ambitious private players got into the act, anyone from a grocery shopkeeper to a street side vendor could give, and receive, payments instantly. UPI Today, most small retail payments in India are now routed through UPI rather than credit cards or bank transfers—or even cash. Last month alone, more than 6 lakh crore rupees through 324 crore transactions happened over UPI in the country.

An offshoot of how Aadhaar could be put to use, the national portal for streamlining Covid vaccinations did prove to be a winner, something Aarogya Setu, the one that came before it could not. And whatever brickbats it got was more due to the simple lack of vaccines than any fault lines in the technology itself. As of today morning, more than 53 crore vaccinations have been done, the app effectively distributing the workload by locating availability of vaccines, registering recipients and issuing certificates.

The Reserve Bank of India may be mulling over a digital rupee, but this could be the forbearer. The e-RUPI launched a few days ago is a sort of pre-paid digital voucher which can be used by recipients to access welfare benefits. The idea is two-fold—only specific goods or services can be bought using it, and it cannot be converted to cash or transferred to someone else. It works using QR code on smartphones, but those without one can use through SMS messaging. Consider it like a token you get which can be used only for, say, getting subsidised ration, or Covid-19 vaccine from a paid centre.

Okay, not a unique Indian use-case, but artificial intelligence and machine learning have seen accelerated adoption across sectors in the country following the pandemic, and the biggest use-case scenario is already playing out around us. It could also turn the job scene upside down, with many present jobs being automated or becoming obsolete, and need for new skill sets in the new scenario emerging.

Data is the new oil and blah blah. Yes, we’ve heard it, but what we probably don’t yet realise is that being the world’s biggest open internet market, the internet life of 135 crore Indians is spawning copious amounts of data that could turn into the next opportunity (or threat, depending on how you look at it). A Nasscom study says data, and its crunching by AI, could add nearly 4 lakh crore rupees to our GDP in four years. While the opportunity is ours for the taking, it is also crucial that we have safeguards in place to ensure we don’t become like the pods Keanu Reeves encounters in The Matrix. The Personal Data Protection Bill could be best place to start, though it has been pending in Parliament for nearly two years now, and is supposed to have undergone major revision.