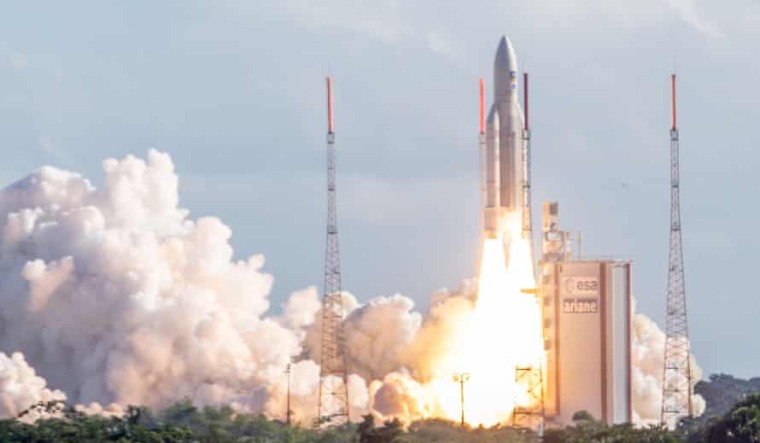 The Ariane 5 rocket, which on Friday took off from French Guiana | AFP

The world’s first commercial fully reprogrammable satellite has been launched. The satellite, launched from French Guiana on Friday on board an Ariane 5 rocket, was developed under a European Space Agency Partnership Project with satellite operator Eutelsat and prime manufacturer Airbus.

The satellite, which will be used for data transmission and secure communications can be completely repurposed while in space.

It has, since then deployed its solar array and has been successfully communicating with its operator on Earth.

The satellite’s beams can be redirected in almost real-time to provide information to passengers onboard moving ships or planes and can be readjusted to deliver more data when demand surges.

The Quantum will also be able to detect the origin of signals with or without malicious intent and take appropriate action to rectify any interference. After being in geostationary orbit for its lifetime of 15 years, it will be placed in a graveyard orbit away from Earth to prevent it from being a risk to other satellites.

“With this new Ariane 5 success, the first in 2021, Arianespace is pleased to be continuing its service to two of its most loyal customers, operators Embratel and Eutelsat,” said Stéphane Israël, CEO of Arianespace.