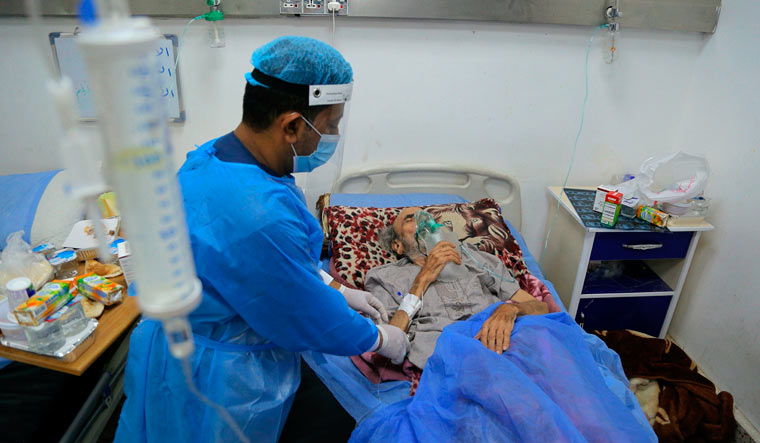 The Delta variant, first identified in India, is the “fittest and fastest” SARS-CoV-2 strain yet, says A leading group of virologists and epidemiologists.

"The biggest risk to the world at the moment is simply delta." Peacock, who is running Britain's genome sequencing of coronavirus variants, also called it the "fittest and fastest variant yet," Professor Sharon Peacock, the Executive Director and Chair of the COVID-19 Genomics UK (COG-UK) consortium, told Reuters.

According to virologists and epidemiologists, the highly transmissible Delta variant is capable of infecting even fully vaccinated people at a rapid rate compared to the previous versions. However, vaccine protection remains strongest defence against severe infection, and that those most at risk are still those who have yet to be vaccinated.

SARS-CoV-2 is gradually undergoing mutating and acquiring genetic changes as it spreads around the nations. This leads t new variants that are far more dangerous than the original.

Public Health England said on Friday that among the 3,692 people hospitalised in UK with the Delta variant, 58.3 percent were unvaccinated and 22.8 were fully vaccinated.

Dr. Monica Gandhi, an infectious diseases doctor at the University of California, San Francisco, told Reuters that getting infected despite having been vaccinated. "People are so disappointed right now that they're not 100 percent protected from mild breakthroughs."

Gandhi said, the fact that nearly all Americans hospitalised with COVID-19 right now are unvaccinated "is pretty astounding effectiveness."

Speaking to Reuters, genomics expert Eric Topol, director of the Scripps Research Translational Institute in La Jolla, California, says that the Delta variant has arrived in the US because many people have stopped wearing masks.

According to Topol, Delta infections have a shorter incubation period and a far higher amount of viral particles. "That's why the vaccines are going to be challenged. The people who are vaccinated have got to be especially careful. This is a tough one," Topol said.