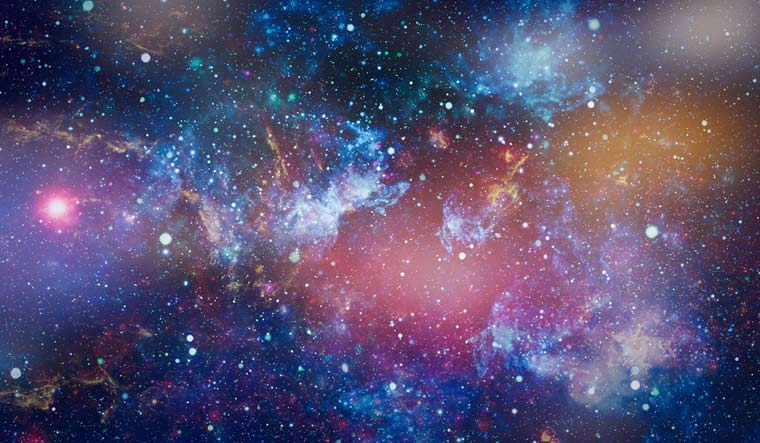 Astronomers have discovered a new active galaxy identified as the farthest gamma-ray emitting galaxy, the Department of Science and Technology said on Tuesday.

This galaxy, called the Narrow-Line Seyfert 1 (NLS1) galaxy, which is about 31 billion lightyears away, opens up avenues to explore more such gamma-ray emitting galaxies, it said.

Ever since 1929, when Edwin Hubble discovered that the universe is expanding, it has been known that most other galaxies are moving away from us.

Light from these galaxies is shifted to longer (and this means redder) wavelengths, the statement said, adding that scientists have been trying to trace such red-shifted galaxies to understand the early universe.

Scientists from ARIES, a DST institute, in collaboration with researchers from other institutions, studied around 25,000 luminous Active galactic nuclei (AGN) from the Sloan Digital Sky Survey (SDSS), a major optical imaging and spectroscopic survey of astronomical objects in-operation for the last 20 years and found a unique object that emits high-energy gamma rays located at a high redshift (more than 1).

They identified it as a gamma-ray emitting NLS1 galaxy, which is a rare entity in space.

Powerful relativistic jets, or sources of particles in the universe travelling nearly at the speed to light, are usually produced by AGN powered by large black holes and hosted in a giant elliptical galaxy, the department said.

However, detection of gamma-ray emission from NLS1 challenges the idea of how relativistic jets are formed because NLS1s are a unique class of AGN that are powered by black hole of low mass and hosted in spiral galaxy.

As of today, gamma-ray emission has been detected in about a dozen NLS1 galaxies, which are a separate class of AGN identified four decades ago. All of them are at redshifts lesser than one, and no method was present till date to find NLS1 at redshifts larger than one. This discovery opens up a new way to find gamma-ray emitting NLS1 galaxies in the early Universe, the DST added.

For the research, the scientists used one of the largest ground-based telescopes in the world, the 8.2-metre Subaru Telescope located at Hawaii, USA.

They helped establish a new method to find high redshift NLS1 galaxies that were not known previously by comparing different emission lines in their spectra. The new gamma-ray emitting NLS1 was formed when the Universe was only about 4.7 billion years old as compared to its current age of about 13.8 billion years.

Motivated by this finding, Rakshit and his collaborators are keen to exploit the capabilities offered by the TIFR-ARIES Near-Infrared Spectrometer on the recently commissioned 3.6-metre Devasthal Optical Telescope (DOT) at ARIES to find more such gamma-ray emitting NLS1 galaxies at much larger redshifts, the statementv said.