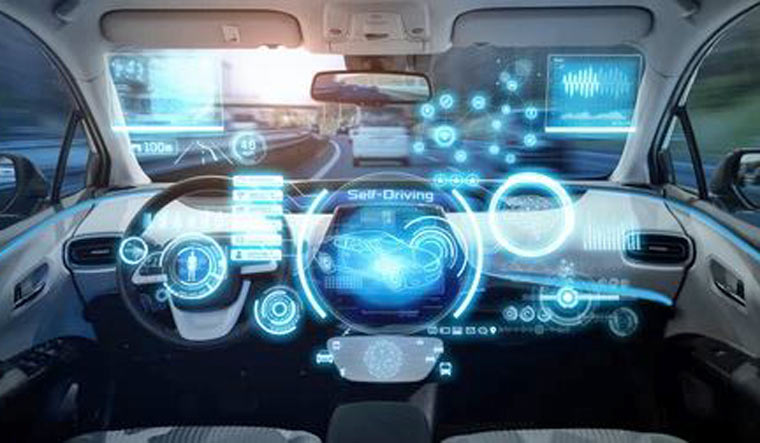 American Automobile Association's (AAA) annual survey on autonomous driving reported over 70 per cent of respondents would fear being in a fully self-driving car. That could make companies like Tesla think more about safety before rolling out fully autonomous self-driving systems.

Now research from Northwestern University shows us we may be better off putting fruit flies behind the wheel instead of robots.

Research published in the journal Nature Communications demonstrates that drosophila or fruit flies use decision-making, learning and memory to perform simple functions like escaping heat. And researchers are using this understanding to challenge the way we think about self-driving cars.

"The discovery that flexible decision-making, learning and memory are used by flies during such a simple navigational task is both novel and surprising," said Marco Gallio, the corresponding author of the study. "It may make us rethink what we need to do to program safe and flexible self-driving vehicles."

According to Gallio, an associate professor of neurobiology in the Weinberg College of Arts and Sciences, the questions behind this study are similar to those vexing engineers building cars that move on their own. How does a fruit fly (or a car) cope with novelty? How can we build a car that is flexibly able to adapt to new conditions?

This discovery reveals brain functions in the household pest that are typically associated with more complex brains like those of mice and humans.

"Animal behaviour, especially that of insects, is often considered largely fixed and hard-wired—like machines," Gallio said. "Most people have a hard time imagining that animals as different from us as a fruit fly may possess complex brain functions, such as the ability to learn, remember or make decisions."

To study how fruit flies tend to escape the heat, the Gallio lab built a tiny plastic chamber with four-floor tiles whose temperatures could be independently controlled and confined flies inside. They then used high-resolution video recordings to map how a fly reacted when it encountered a boundary between a warm tile and a cool tile. They found flies were remarkably good at treating heat boundaries as invisible barriers to avoid pain or harm.

Using real measurements, the team created a 3D model to estimate the exact temperature of each part of the fly's tiny body throughout the experiment. During other trials, they opened a window in the fly's head and recorded brain activity in neurons that process external temperature signals.

Miguel Simões, a postdoctoral fellow in the Gallio lab and co-first author of the study, said flies can determine with remarkable accuracy if the best path to thermal safety is to the left or right. Mapping the direction of escape, Simões said flies "nearly always" escape left when they approach from the right, "like a tennis ball bouncing off a wall."

"When flies encounter heat, they have to make a rapid decision," Simões said. "Is it safe to continue, or should it turn back? This decision is highly dependent on how dangerous the temperature is on the other side."

Observing the simple response reminded the scientists of one of the classic concepts in early robotics.

"In his famous book, the cyberneticist Valentino Braitenberg imagined simple models made of sensors and motors that could come close to reproducing animal behaviour," said Josh Levy, an applied math graduate student and a member of the labs of Gallio and applied math professor William Kath. "The vehicles are a combination of simple wires, but the resulting behaviour appears complex and even intelligent."

Braitenberg argued that much of animal behaviour could be explained by the same principles. But does that mean fly behaviour is as predictable as that of one of Braitenberg's imagined robots?

The Northwestern team built a vehicle using a computer simulation of fly behaviour with the same wiring and algorithm as a Braitenberg vehicle to see how closely they could replicate animal behaviour. After running model race simulations, the team ran a natural selection process of sorts, choosing the cars that did best and mutating them slightly before recombining them with other high-performing vehicles. Levy ran 500 generations of evolution in the powerful NU computing cluster, building cars they ultimately hoped would do as well as flies at escaping the virtual heat.

This simulation demonstrated that "hard-wired" vehicles eventually evolved to perform nearly as well as flies. But while real flies continued to improve performance over time and learn to adopt better strategies to become more efficient, the vehicles remain "dumb" and inflexible.

The researchers also discovered that even as flies performed the simple task of escaping the heat, fly behaviour remains somewhat unpredictable, leaving space for individual decisions.

Finally, the scientists observed that while flies missing an antenna adapt and figure out new strategies to escape the heat, vehicles "damaged" in the same way are unable to cope with the new situation and turn in the direction of the missing part, eventually getting trapped in a spin like a dog chasing its tail.

Gallio said the idea that simple navigation contains such complexity provides fodder for future work in this area.