India's next Mars mission likely to be an orbiter 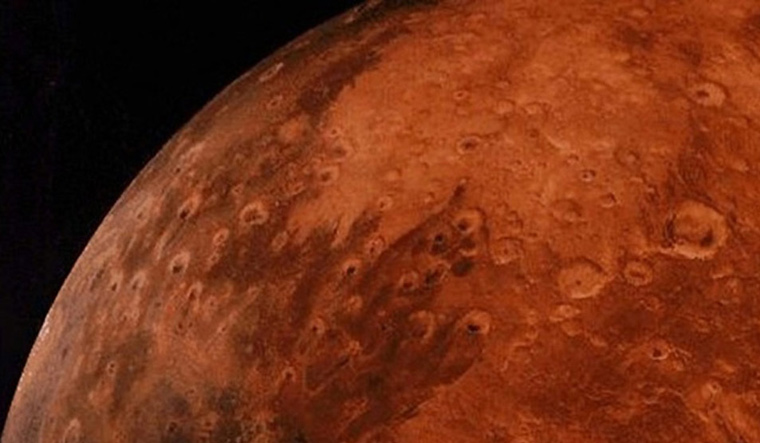 As NASA's Perseverance rover landed on Mars in the early hours of Friday to look for signs of past life, ISRO's next mission to the Red Planet is likely to be an orbiter.

Perseverance, the biggest and the most advanced rover ever sent by NASA, made its landing at Jezero Crater.

"It is now planned to have the next orbiter mission around Mars for a future launch opportunity," according to the Announcement of Opportunities.

But there are other major projects that are lined up. After the Mars Orbiter Mission's success, ISRO also decided to explore Venus.

However, the immediate priorities of ISRO remain to be Chandrayaan-3 and Gaganyaan -- both projects have been delayed due to the coronavirus-induced lockdown.

Under Chandrayaan-3, ISRO will once again try to land a rover on the Moon. The mission was to be launched late last year.

Chandrayaan-2 did not yield expected results as the lander hard-landed, dashing India's hopes to successfully land on the Moon.

ISRO plans to send three humans to space by 2022 under the Gaganyaan (human space) mission.

The India-France Joint Vision for Space Cooperation' also mentions about the possible collaboration to explore Mars.

"CNES and ISRO, with the support of Laboratoire de meteorologic dynamique (LMD, CNRS), will jointly work on the modelling of Mars and Venus atmospheres," the vision statement said.

Mangalyaan or Mars Orbiter Mission was India's first endeavour to successfully reach another planet. The launch vehicle, spacecraft and ground segment cost Rs 450 crore, one of the cheapest missions to Mars so far.

Designed to work for six months, the mission has completed over six years.

The Mars orbiter has sent thousands of pictures totalling more than two terabytes.