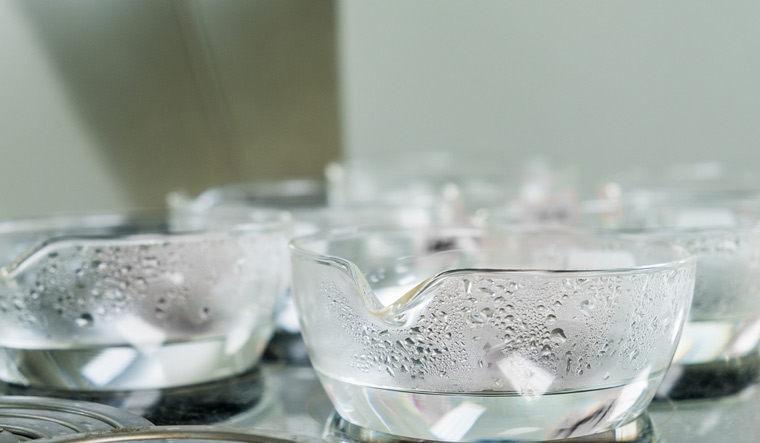 A team of scientists from the Indian Institute of Science (IISc) has developed a new device that it said could measure the rate of evaporation of a local area within a couple of minutes.

"The device is a more efficient and inexpensive way to measure evaporation when compared with existing methods," Bengaluru-based IISc said in a statement on Friday.

"Our method allows you to get a much more realistic measure of transpiration from plants and evaporation from soils," says Jaywant H Arakeri, Professor in the Department of Mechanical Engineering, IISc, and senior author of the study recently published in the Journal of Hydrology.

Evaporation is the process by which water turns from liquid to a gaseous state.

Apart from being an integral process in the water cycle, evaporation also plays a major role in regulating water loss in plants through a process called transpiration.

Being able to measure the evaporation rate is useful for farmers to gauge water requirements for their fields and in weather stations to characterise the local atmospheric condition.

It is also widely used by botanists to study the dynamics underlying transpiration by plants.

Currently, pan evaporimeters are the most commonly used devices to measure evaporation rates.

They resemble large pans that are filled with water.

The change in water level over a day gives the evaporation rate from that area for that day.

The disadvantages (of existing methods) are that the evaporation rates are for one whole day, and over a large area (one square metre).

And one needs an open ground to place the device.

But we have a simple method of directly measuring evaporation from a small surface at the order of a couple of centimetres, and over a short period of time, Arakeri explains.

The proposed device consists of a filter paper connected to a capillary tube that takes water from a reservoir to the filter paper, thereby wetting it and thus mimicking an evaporating water surface.

By measuring the distance travelled by the lower meniscus in the capillary tube over a couple of minutes, the evaporation rate is estimated.

The innovation lies in being able to measure the very small amount (about one microlitre) of water that is lost in evaporation from the surface in a minute, according to IISc.

"It gives you an idea of evaporation rate even from a small leaf. For example, if this device is kept near a paddy plant, we could get a better measure of the evaporation rate that a particular leaf of that plant might be experiencing," explains Arakeri.

The device would be useful to scientists studying the physiological process of transpiration in plants because of its ability to measure the evaporation rate over small areas over short periods of time, IISc said.

Stomatal responses can also now be addressed, in a better and more controlled way, using this device, the statement said.