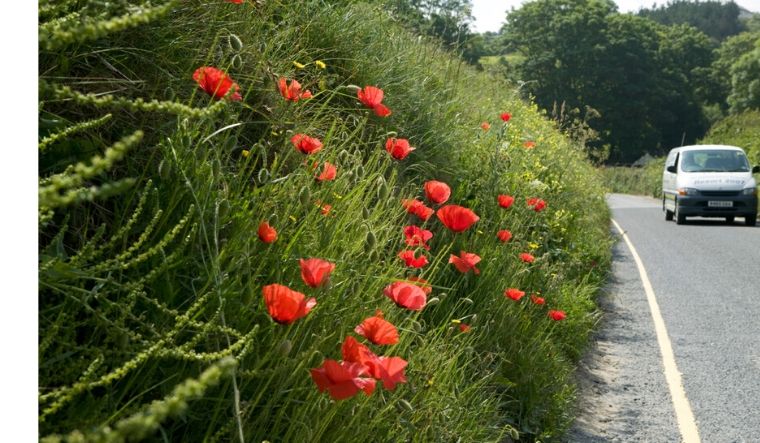 Roadside hedges can combat near-road pollution exposure for humans but take a hit to their health, says a new study from the University of Surrey.

According to the European Environmental Agency, air pollution causes 400,000 premature deaths annually. In 2017, the Department for Environment, Food and Rural Affairs pinpointed pollution generated by traffic as a major contributor of particulate matter.

Earlier studies have shown that green infrastructure in the busy streets can reduce exposure to air pollution to a great extent. A vegetation barrier can as much as halve the levels of pollutants just behind the barrier.

In a new study published by Environmental Pollution, experts from Surrey's Global Centre for Clean Air Research (GCARE) set out to quantify the deposition of particles on leaf surfaces of a roadside hedge at child (0.6m) and adult (1.5m) breathing heights.

The study, titled 'Quantifying particulate matter reduction and their deposition on the leaves of green infrastructure', examined a beech (Fagus sylvatica) hedge along a busy two-lane road in Guildford, Surrey. They also monitored a nearby location on the same road with no hedge.

Following previous work by GCARE researchers to quantify the filtering capacity of different types of green infrastructure, including roadside hedges, this new study involved quantifying and comparing particle deposition on leaves from the front (traffic-facing) and back side of a hedge.

The team discovered that more harmful particles were captured by leaves at child breathing height than at adult breathing height, supporting GCARE's previous studies on how air pollution is harming babies who travel in low-riding prams more than it is affecting the parents pushing them.

The researchers also found that leaf fall in autumn lowered the canopy density, resulting in particulate matter reductions behind the hedge to drop from 25 per cent in summer to 9 per cent in autumn.

Professor Prashant Kumar, Director of GCARE at the University of Surrey, said: "The poor health of leaves on the traffic-facing side highlights that green infrastructure takes a continuous assault from traffic emissions to protect roadside users from harmful sub-micron particles."

"The high particle capture during peak traffic hours at around the breathing height of children compared with adult breathing height reinforces our advocacy for the implementation of hedges as a barrier against traffic emissions, particularly around school boundaries, children's play areas, and other vulnerable populations. This study's findings also underline the importance of appropriate selection of vegetation species considering traits such as air pollution tolerance."