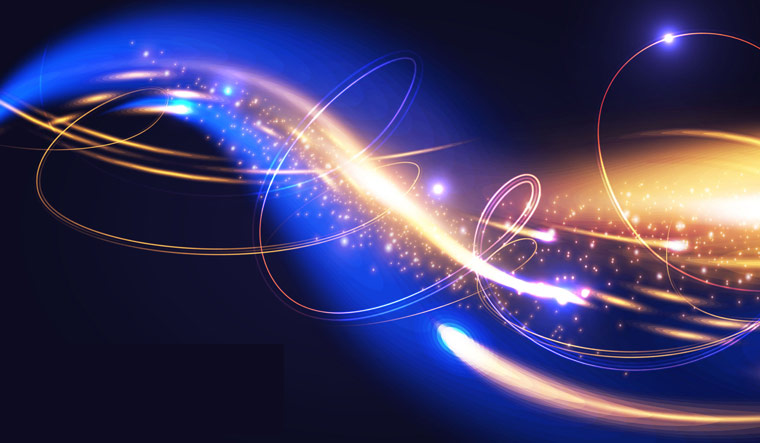 Scientists are wondering if there is a new kind of light in the world that goes beyond hitherto known laws of nature. A new study presents a material that emits light when heated that appears to exceed the limits set by that natural law.

Scientists have known that, when heated, all materials emit light in a predictable spectrum of wavelengths. Increasing heat causes all materials to emit more intense radiation, with the peak of the emitted spectrum shifting to longer wavelengths as heat rises. Conforming to Planck’s Law, no material can emit more radiation than an idealised material ‘blackbody’ that absorbs energy perfectly.

A new material discovered by Shawn Yu Lin, lead author and a professor of physics at Rensselaer Polytechnic Institute, exceeds this limit set by Planck’s law, emitting light that is coherent, similar to that produced by lasers or LEDs. The difference is that it doesn’t need the costly structure needed to produce the stimulated emission of those technologies.

Having created the first all-metallic photonic crystal in 2002, Lin, who has been working on this concept for 17 years, could prove it experimentally. However, theoretically no one was able explain it as it went against the limits set by Planck’s law.

He recently published the spectroscopy study in Nature Scientific Reports about this ‘Super-Planckian’ material, which showed a spike in radiation at about 1.7 microns, which is the near-infrared portion of the electromagnetic spectrum. The same concept was unveiled in his previous imaging study that got published in IEEE Photonics Journal.

In Nature Scientific Reports, he presents the most rigorous tests he has conducted by taking spectral analysis in five positions as the aperture of an infrared spectrometer changes from a view filled with the blackbody to one of the material. Peak emission occurs at 1.7 micrometers, with an intensity of 8 times greater than the blackbody reference.

Blackbody limit formulated by Max Planck describes the maximum amount of energy that can be produced from thermal radiation. The new material is reported to exceed the limit set by Planck’s law. According to the author, the new discovery doesn’t violate Planck’s law, but it provides a new method of producing intense tunable LED-like infrared radiation. In his paper, the author reports that the radiation can exceed the blackbody limit by more than 8 times.

“We believe the light is coming from within the crystal, but there are so many planes within the structure, so many surfaces acting as oscillators, so much excitation, that it behaves almost like an artificial laser material,” Lin stated. “It’s just not a conventional surface.”