Ancestor of most life on earth was a worm, identified in Australian fossils 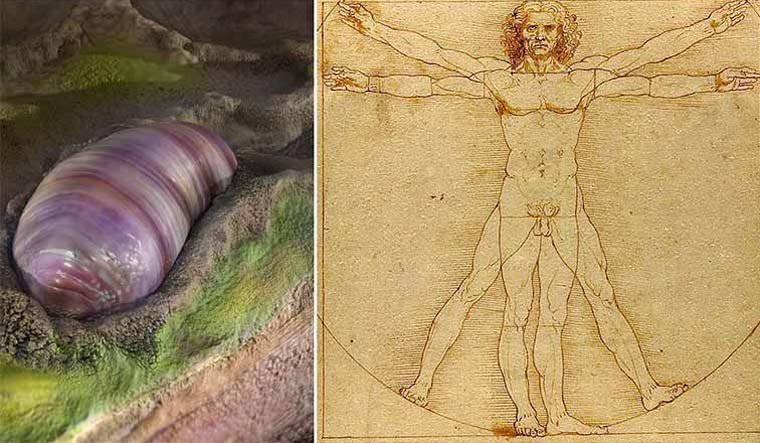 Leonardo Da Vinci’s famous work, the Vitruvian Man, is a perfect example of symmetry in a human being. The aspect of having one side of your body serve as a mirror image of the other is what makes us a bilaterian species.

Most animals on earth are bilaterian species. For years, this has prompted scientists to search for the last common bilaterian ancestor—a single species that in a way is the origin of most existing life on earth today.

Now, researchers from UC Riverside in South Australia have found a worm-like creature that they believe is the oldest ancestor in the bilaterian family tree, having lived 555 million years ago. According to their study, published in the Proceedings of the National Academy of Sciences (PNAS), this is “potentially the oldest, definitive bilaterian... at least as represented in the fossil record of South Australia.”

The worm-like creature, named Ikaria wariootia, is the earliest bilaterian organisms (that is, one that has a front, a back, and two symmetrical sides and openings at either end connected by a gut). The name was taken from an indigenous Adnyamathanha language, and means “meeting place”.

The site, in Nilpena, South Australia, is home to fossilized burrows in deposits that are 555-million years old, dating to the Ediacaran Period. It has long been known to scientists who have been trying to find out what dug these burrows. It was only now that researchers were able to replicate the beings that did so.

The researchers studied the fossilized burrows using a 3D laser scanner to investigate the oval impressions that had been made. Managing to reconstruct the dimensions of the creature, they found that it would have been between 2-7mm long and 1-2.5mm wide, with the largest growing up to the size of a grain of rice.

The team led by Scott Evans, a doctoral graduate from UC Riverside, identified over 100 body fossils using this method.

Ikaria moves like a worm, they found, using peristaltic locomotion and contracting muscles across is body. It burrowed in well-oxygenated sand on the ocean floor searching for organic matter and would have had rudimentary sense organs.

It is possible that from this species, no larger than a grain of sand, could have evolved most life on earth today. While not all animals are bilaterian (jellyfish and sponges are exception), most life is.