How plants maintain a dynamic balance weight during growth 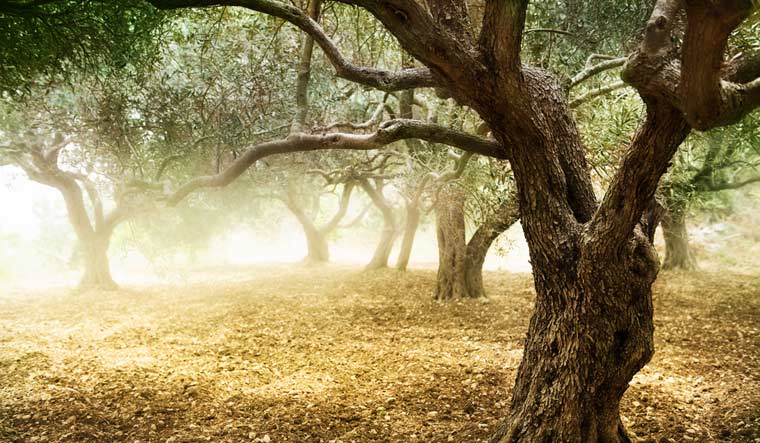 Researchers have conducted an experiment to show that trees can balance their growth by increasing their weight according to position and equilibrium. To test their theory that plants possess a sense of "vertical proprioception," the scientists, including those from the University of Helsinki in Finland, manipulated the weight of downy birch (Betula pubescens) shoots.

The tree was able to adjust its stem radial growth in response to the added weight, and the strength of this response varied along the length of the stem.

According to their study, published in the journal Current Biology, plants balance their increasing weight by thickening their stems, indicating they may be able to "sense" their own size, and develop accordingly.

"Even though the idea of plants sensing their own weight and thickening their stem accordingly sounds intuitive, our study is the first one to address this question in trees," said study co-author Juan Alonso-Serra from the University of Helsinki.

The researchers then tested their theory by analysing the growth patterns in a birch mutant named elimaki -- a plant which lacked this ability.

Elimaki, they said, grows upright for three months, after which its stem suddenly bends at the very base, and the whole tree collapses.

Unlike normal trees, the natural mutant trees fail to properly adjust their width to their increasing weight, which the researchers said makes them less stable mechanically.

They said the lack of a proper response to balance weight increase in elimaki trees is linked to a single position in the birch genome.

According to the scientists, the use of mutant trees was key to the study.

While many trees produce a new generation in decades, plant models like elimaki, they said can do the same within months, making them ideal for genetic studies.

Birches, the study noted, are the among the few tree species where flowering can be induced already at six months' age, offering a unique opportunity to address basic and applied questions concerning the life and development of trees.