Saxena talked about her plans for the Congress, uplifting women, and more 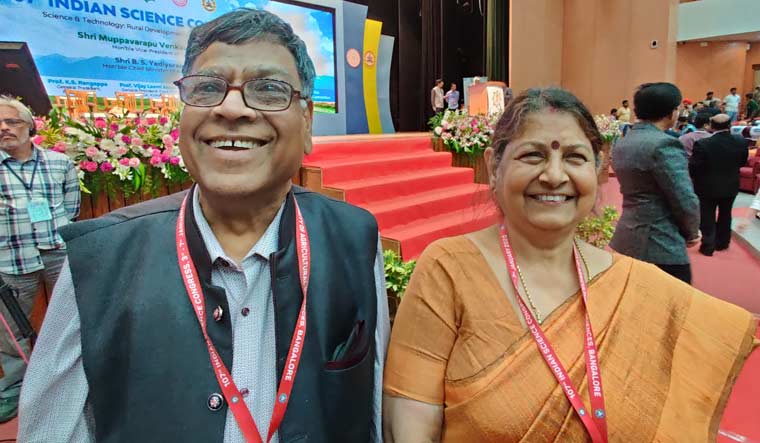 With Vijay Laxmi Saxena being elected general president of the Indian Science Congress, 2021—a post her husband Ashok Saxena held in 2016—the Saxenas become the second couple in the 107-year history of the Congress to hold the president's post.

A.K. Sharma and his wife Archana Sharma had been presidents of the Congress.

In an interview with THE WEEK, Saxena talked about her plans for the Congress, uplifting women, and more. Excerpts:

Your plans for the Indian Science Congress, 2021?

We haven't yet decided the venue, but I have already decided upon the theme. It will be: science and technology for sustainable development, with women empowerment.

Despite [the] progress [that we have made], there are still very few women at top positions in the country, in science and elsewhere. I am only the fifth woman to head the Indian Science Congress in 108 years.

But doesn't the event already have a special Women's Science Congress?

It does, but it's not enough to keep women and science within a certain section. We need to do a lot more to uplift women, especially from rural areas and their innovations.

In fact, these efforts aren't just for the national Congress but also for state chapters, where women rural innovators can speak in their own language to the scientific community.

Yes. We have to look at the gender issue in entirety, from the point of emancipation and safety as well as science. You cannot expect women to do science when they aren't safe.

But I always tell women what Rani Lakshmibai said—that you should make yourself as strong as iron, so that no one else can harm you.

There is a feeling that the element of science is eroding at these annual meets.

It's far from reducing. The Indian Science Congress is thriving—our membership increases every year,. We now have 60,000 members.

Earlier, an individual would get several awards, but now we have so many more candidates in each category.

The annual event is focused mainly at college-level students and I feel it provides them a great platform to meet world- and national-level scientists, to present papers and interact with the community.