El Nino oscillations are more intense in the industrial age 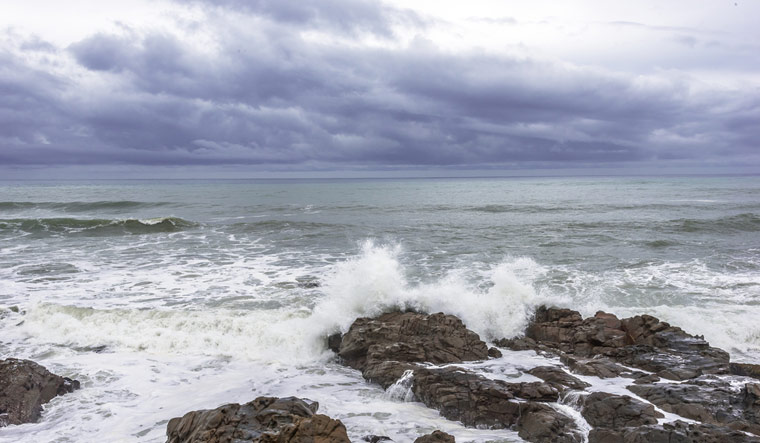 Rising surface temperature in the tropical Pacific Ocean for prolonged periods leads to a climate process called the El Nino, which have become more extreme due to human-induced climate change, says US researchers who led the study.

The researchers, including those from the Georgia Institute of Technology in the US, said El Ninos have become more intense in the industrial age, which stand to worsen storms, drought, and coral bleaching.

According to the study, the industrial age swings in the tropical Pacific wind and ocean temperatures—called El Nino Southern Oscillation (ENSO)—is 25 per cent stronger than in the pre-industrial records.

The researchers found patterns in ENSO with swings of heating and cooling of the equatorial Pacific waters.

They said every few years alternatively spurred El Nino, and the sister climate phenomenon La Nina—a climate pattern where the surface temperature of the tropical Pacific Ocean drops below the normal.

"What we're seeing in the last 50 years is outside any natural variability. It leaps off the baseline. Actually, we even see this for the entire period of the industrial age," said study co-author Kim Cobb from the Georgia Institute of Technology.

"There were three extremely strong El Nino-La Nina events in the 50-year period, but it wasn't just these events. The entire pattern stuck out," Cobb added.

As part of the study, the researchers plunged hollow drill bits into living coral colonies, and fossil coral deposits to extract samples.

The samples collected from more than 20 years of field expeditions—from 1981 to 2015—contained hundreds of records, they said.

According to the researchers, the recordings of sea surface temperatures registered in the coral chemical deposits were astonishingly accurate.

They said the coral records matched sea surface temperatures measured via satellites in the same period.

The researchers said the match was so exact between the two measurements that on a graph, the jagged lines of the coral record covered those of the satellite measurements, obscuring them from view.

"When I present it to people, I always get asked, 'Where's the temperature measurement?' I tell them it's there, but you can't see it because the corals' records of sea surface temperatures are that good," said study first author Pam Grothe from the University of Mary Washington in the US.

The researchers said some observations made in the study challenge computer models of ENSO patterns and causes.

One prime example they said was that in a period between 3,000 to 5,000 years ago, the El Nino-La Nina oscillations were extremely mild.

Cobb suspected if there may not be a good explanation for this finding yet.

"Maybe it just happened. Maybe El Nino can just enter a mode and get stuck in it for a millennium," she said.