Researchers at MIT have developed an artificial intelligence based bot 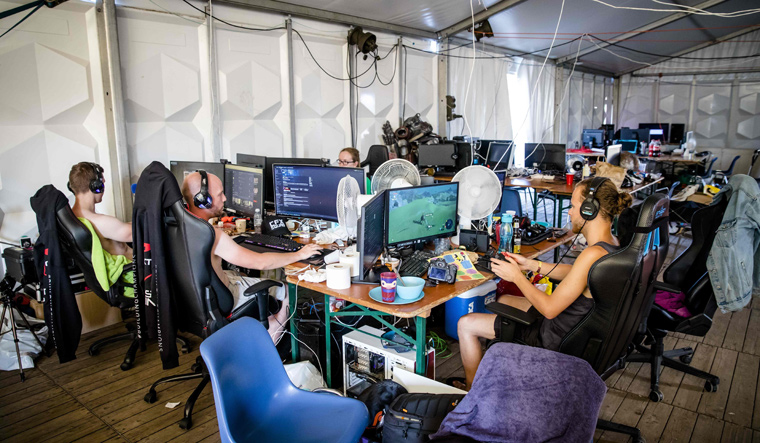 Researchers at MIT have developed an artificial intelligence (AI) based bot which they say can beat human players in tricky online multiplayer games where player roles and motives are kept secret.

In recent years, many gaming bots have been built to keep up with human players.

This year, a team from Carnegie Mellon University in the US developed the world's first bot that can beat professionals in a multiplayer game.

However, in these games, the bot knows its opponents and teammates from the start, the researchers said.

DeepRole is the first bot that can win online multiplayer games in which the participants' team allegiances are initially unclear, according to the researchers at Massachusetts Institute of Technology in the US.

The researchers pitted DeepRole against human players in more than 4,000 rounds of the online game "The Resistance: Avalon."

In this game, players try to deduce their peers' secret roles as the game progresses, while simultaneously hiding their own roles.

As both a teammate and an opponent, DeepRole consistently outperformed human players, the researchers said.

"If you replace a human teammate with a bot, you can expect a higher win rate for your team. Bots are better partners," said Jack Serrino, who majored in electrical engineering and computer science at MIT.

"Humans learn from and cooperate with others, and that enables us to achieve together things that none of us can achieve alone," said Max Kleiman-Weiner, a postdoc at MIT, and at Harvard University.

DeepRole uses a game-planning algorithm called "counterfactual regret minimisation" (CFR) -- which learns to play a game by repeatedly playing against itself -- augmented with deductive reasoning.

At each point in a game, CFR looks ahead to create a decision "game tree" of lines and nodes describing the potential future actions of each player.

Game trees represent all possible actions each player can take at each future decision point, according to the researchers.

In playing out potentially billions of game simulations, CFR notes which actions had increased or decreased its chances of winning, and iteratively revises its strategy to include more good decisions, they said.

The researchers noted that eventually, it plans an optimal strategy that, at worst, ties against any opponent.

The bot did not need to communicate with other players, which is usually a key component of the game, they said.