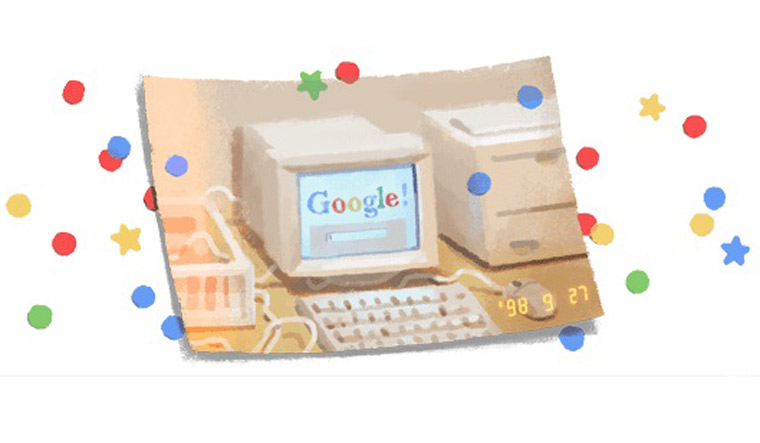 Google was founded in September 1998

Google turned 21 on Friday, and to celebrate the milestone, the tech giant has come up with a doodle that shows the image of a desktop computer with the search engine on the screen and a time stamp that says ’98 9 27 on the bottom of the image.

Google was founded on September 27, 1998 by Stanford PhD students Sergey Brin and Larry Page. They had published a paper called ‘The Anatomy of a Large-Scale Hypertextual Web Search Engine’, which highlighted Google, a prototype “large-scale search engine” with a database of “at least 24 million pages”.

Sergey and Larry had developed a search algorithm known as Backrub, but went with “Google” as it resembled googol, the mathematical term for 10 to the power of 100.

“We chose our systems name, Google, because it is a common spelling of googol, or 10100 and fits well with our goal of building very large-scale search engines,” they wrote on their paper.

Today, Google's search engine has billions of web pages, in over 100 languages, becoming the one-stop place for people for answers to their queries.